SEOUL, May 16 (Yonhap) -- South Korea said Saturday it will explore ways to expand transnational movement and exchanges of businesspeople and doctors in Northeast Asia as it held a health ministers' meeting with China and Japan over the coronavirus.

On Friday, the health ministers of South Korea, China and Japan agreed to cooperate in tackling the COVID-19 pandemic and developing a vaccine in their first teleconference since the coronavirus emerged in China late last year.

South Korean Health Minister Park Neunghoo proposed the idea of expanding movement of the "essential" figures, including scientists, doctors and businesspeople, among the three nations. 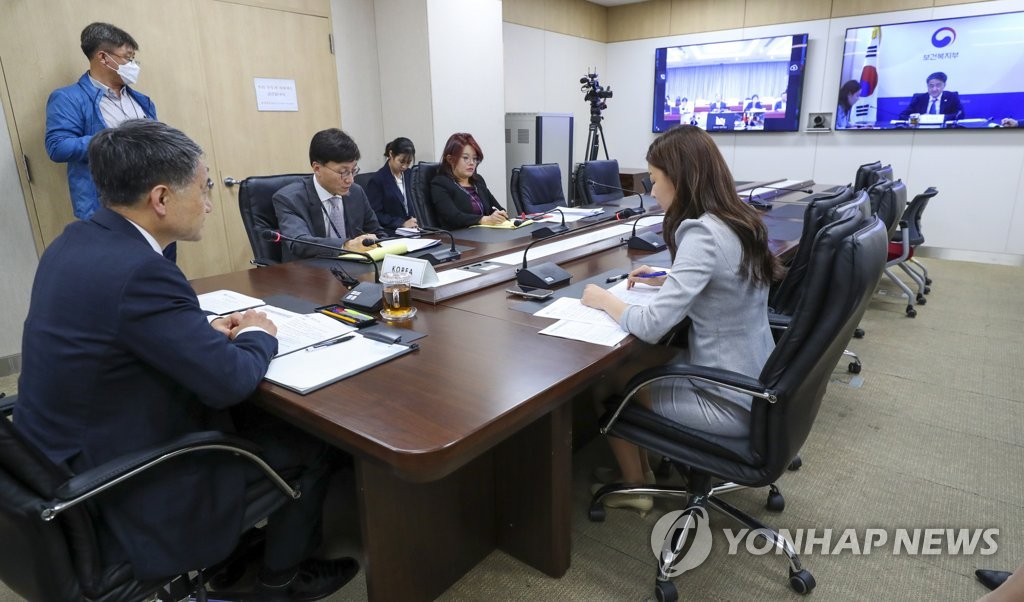 "The issue requires discussions of pan-government agencies. The government will explore possible ways (to expand movement) on the diplomatic side," Sohn Young-rae, a government official, in a briefing.

The official said the government plans to flesh out details through cooperation with Beijing and Tokyo.

The tripartite meeting, the first of its kind since the outbreak of the respiratory illness, came as the three nations are still struggling with a steady rise in new infections.

South Korea has successfully controlled the virus, but a recent uptick in new infections tied to nightclubs and bars in the capital city of Seoul is raising concerns over a potential second wave of the virus outbreak.

The ministers agreed to exchange clinical and epidemiological information on COVID-19 and share their data on diagnosis and treatment of the virus.

The Japanese health minister reportedly asked the Seoul and Beijing governments to share their experiences in coping with the virus outbreak.