May 17 (Yonhap) -- President Moon Jae-in stressed the need to find the truth about who ordered the use of military force against civilian pro-democracy protesters in Gwangju in 1980.

The key issue remains unresolved four decades after the May 18 Democratization Movement amid continued attempts to conceal and distort facts, he said in a special interview aired on Sunday, the eve of the anniversary.

"It has not been revealed who ordered the opening of fire and where the final legal responsibility for it is," the president told the Gwangju regional station of MBC, a major broadcaster based in Seoul.

In May 1980, South Korea's military junta, led by Chun Doo-hwan, declared martial law to crack down on pro-democracy protests. Gwangju, 270 kilometers south of the capital, was at the center of the movement.

For 10 days from May 18, many ordinary citizens joined in the demonstration, facing thousands of paratroopers deployed there. Soldiers carried out indiscriminate beatings, torture and sexual assaults and even opened fire on protesters amid reports of shooting on a crowd from helicopters.

Official data, compiled so far, puts the number of civilian deaths at around 200 but many say it could be much higher.

The Gwangju tragedy is still a source of political and ideological rifts in South Korea. Some politicians and scholars have repeatedly made reckless remarks in public denigrating the movement.

"We have to identify all the victims of the massacre and uncover how the helicopter shooting was done and a massive operation was carried out to conceal and distort the truth," Moon said.

It's not just for legal punishment against those who are responsible but a truth-based path toward "genuine reconciliation and unity," he added. 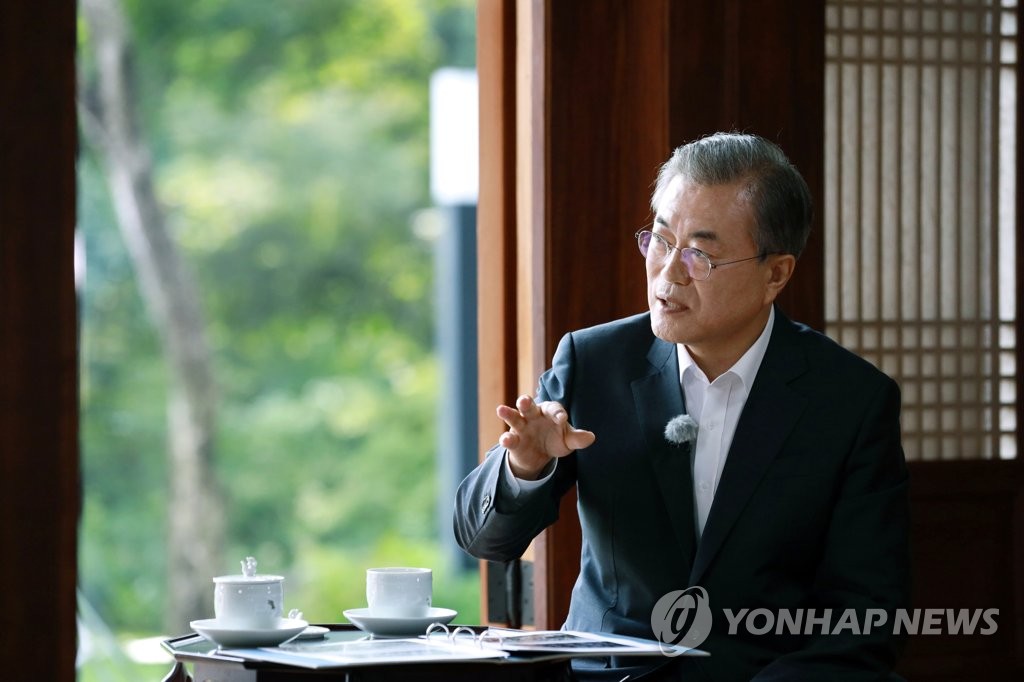 The president's remarks came after the launch of an independent fact-finding committee last week.

He said the government has high expectations of its activity and vowed active support.

Moon also emphasized that the historic value and significance of the Gwangju uprising should be inscribed in a new Constitution.

If revising the Constitution is discussed again, the spirit of the movement should be reflected in the preamble, he said.

Moon is expected to attend an official ceremony for the 40th anniversary of the May 18 movement in Gwangju on Monday.

The liberal-minded president said he felt "anger" over the absence of his conservative predecessors -- Lee Myung-bak and Park Geun-hye -- from the annual event during their presidencies.

On the monthslong "candlelight revolution" that began in late 2016 and led to the impeachment of Park, Moon said it's too early to put it into the preamble of a Constitution, citing concern about a political controversy over the contemporary case.

Moon conducted the interview at the Sangchunjae pavilion inside Cheong Wa Dae.