SEOUL, May 17 (Yonhap) -- A leading economic index for South Korea inched up in April, with Asia's fourth-largest economy being the only country among OECD member states to see such a trend, data showed Sunday.

The composite leading indicator (CLI) of economic activity for South Korea stood at 99.9 last month, up 0.1 percentage point from the previous month, marking the rise for eighth consecutive month, according to the data from the Organization for Economic Cooperation and Development (OECD).

A reading below 100 means the economy is expected to contract going forward.

The CLI gauges how an economy will fare four to six months ahead, based on industrial output, gross domestic product and housing and financial market conditions.

South Korea was the only country among members of the Paris-based club of major economies that saw its leading economic index edge up in April.

But the uptick in the country's leading economic index does not indicate the economy may improve down the road in the face of the new coronavirus outbreak. 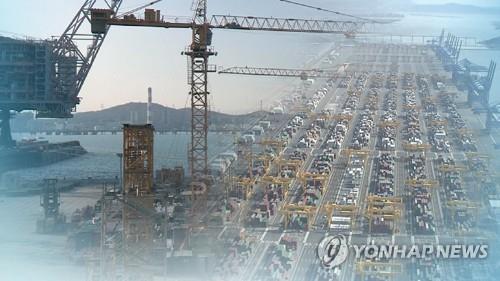