SEOUL, May 17 (Yonhap) -- President Moon Jae-in will preside over a meeting of the government, the ruling party and the presidential office next week to discuss the country's worsening fiscal health amid massive planned spending to fight COVID-19, officials said Sunday.

The three-way meeting set for May 25 is likely to zero in on how to fine-tune the pace of fiscal spending against the pandemic as the country is steeping up fiscal expansion to guard the economy from the fallout of the pandemic.

According to the Ministry of Economy and Finance, South Korea's sovereign debt is predicted to rise to some 819 trillion won (US$664.23 billion) this year, 13.8 trillion won more than the 2020 national budget of 805.2 trillion won, which includes the two rounds of supplementary budget approved after the virus outbreaks.

Taking into account the additional supplementary budget of some 30 trillion won to come, South Korea's national debt is estimated to rise to as high as 44.4 percent of the country's estimated gross domestic product for this year.

President Moon has ordered financial and economic officials to map out measures to beef up the country's fiscal capabilities.

Following the upcoming meeting with the ruling Democratic Party and the presidential office, the government is scheduled to present its fiscal policy management plan for 2020-2024 to the National Assembly in September, along with its budget proposal for 2021. 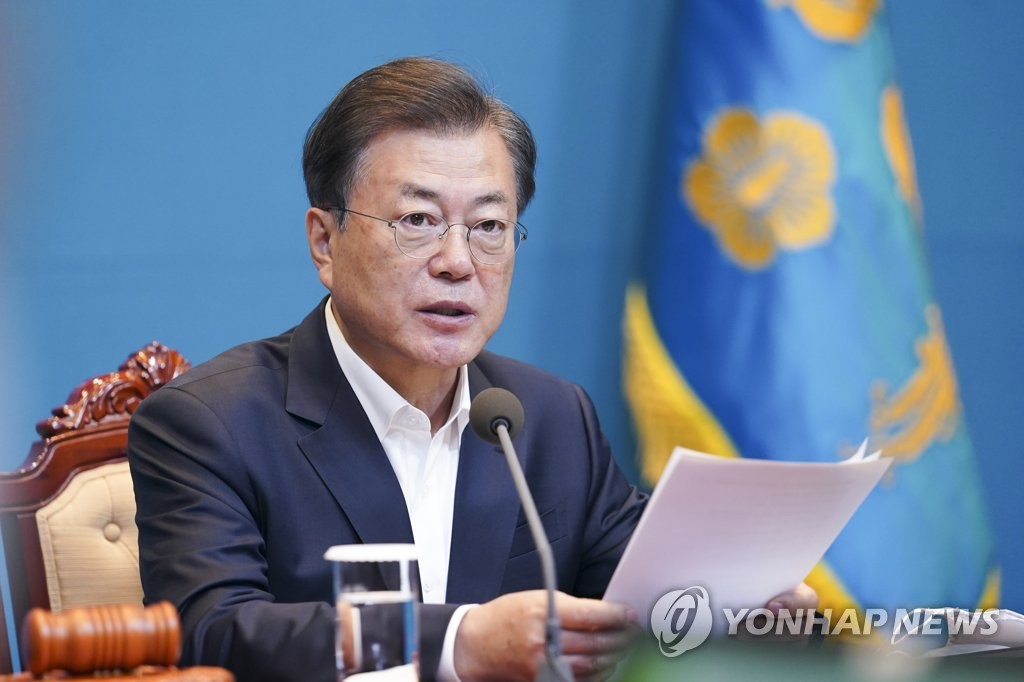