SEOUL, May 17 (Yonhap) -- A chartered South Korean flight Sunday brought home 239 Korean nationals from Russia where all international flights were grounded amid the COVID-19 pandemic.

This marks the third flight South Korea has sent to Russia to bring back its nationals after Russia suspended all international flights on Mach 27 due to the pandemic. 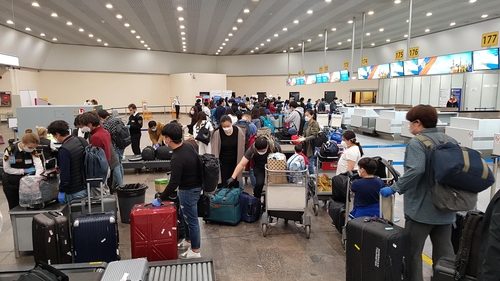 Those who took the latest flight to Incheon included Koreans who came all the way from Siberia, and among the passengers were Korean spouses of Russian nationals as well as members of the Korean diaspora in Russia, according to the embassy.

The passengers were all cleared of fever before boarding the flight back home.

"As more Korean nationals in Russia could want to return home, (the embassy) plans to arrange more chartered flights, including on May 30 and mid-June (to bring more Koreans home)," an official at the Korean Embassy said. 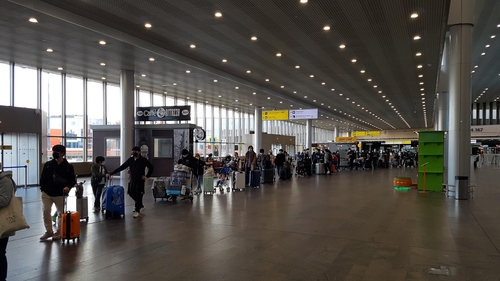