SEOUL, May 17 (Yonhap) -- LG Twins' manager Ryu Joong-il got out of bed Sunday morning with his back hurting a little more than usual.

He had just managed a double header against the Kiwoom Heroes for more than six hours on Saturday, and he spent the majority of that time standing in and pacing around the dugout at Jamsil Stadium in Seoul. This was the first double header of the young Korea Baseball Organization (KBO) season.

That the Twins won both games eased Ryu's pain.

"This was our first double header in quite some time, and it felt good to take both games," Ryu said Sunday, before the final game of the three-game series against the Heroes at Jamsil. 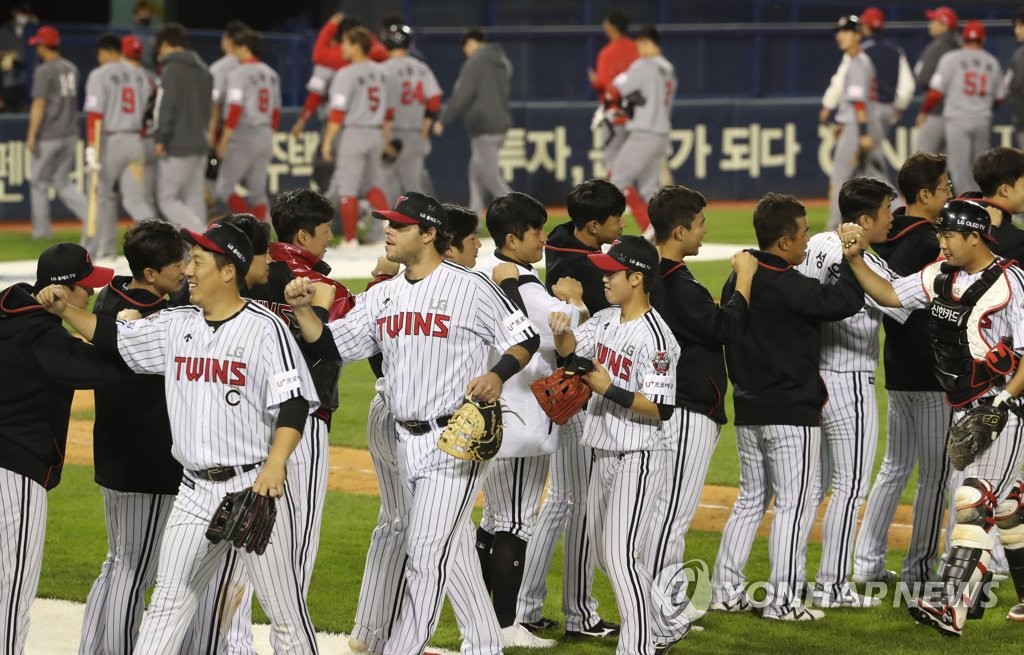 With Saturday's double header sweep, the Twins stretched their winning streak to six games and improved to 7-3 on the season, two games behind the first-place NC Dinos.

Ryu said a come-from-behind win last Sunday against the Dinos, which started the current streak, was an important boost to team morale.

"That win ended our three-game losing streak and gave our guys some confidence," Ryu said. The Twins went down 6-0 against the Dinos after the first inning but rallied to win 10-8. "Winning streaks are nice, but it's more important to avoid losing multiple games in a row."

The Twins-Heroes twin bill from Saturday will almost certainly not be the last double header of this season. The start of the regular season was delayed by more than a month due to the coronavirus outbreak, but the KBO still hopes to get all 144 games into the compressed calendar. The league will make the use of double headers whenever possible, and will also ask teams to play on Monday, which is usually the designated offday in the KBO.

Ryu said he's concerned about the toll double headers will inevitably take on his pitching staff. On Saturday, his two key relievers, Lee Sang-kyu and Jung Woo-young, both made an appearance in the first game, a 3-1 LG victory. They didn't even warm up for the second game, as the Twins clawed back from an early deficit to win 5-3. 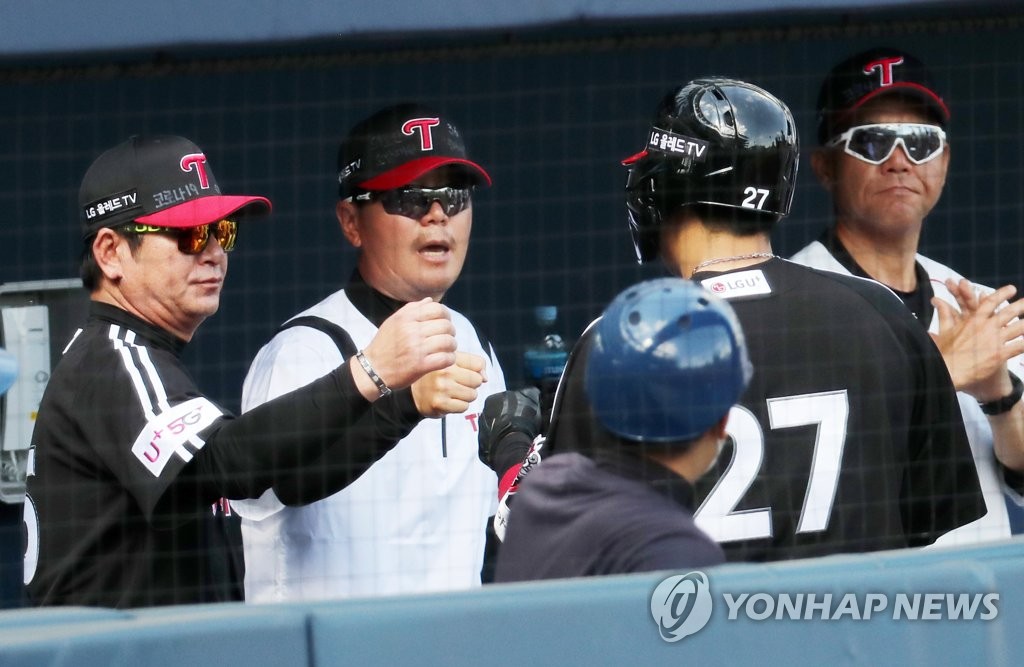 "Even if a relief pitcher makes just one pitch in the game, he still has to throw about 20 pitches to warm up in the bullpen," Ryu said. "Both Sang-kyu and Woo-young threw about 20 pitches in the first game, and I didn't want them to go through their routine again in the second game."

With his All-Star closer Go Woo-suk sidelined for months with knee injury, Ryu will rely on Lee and Jung to save games. Lee is a hard-throwing right-hander with a traditional, overhand delivery, and Jung is a finesse type with a sidearm delivery.

"We'll play it by ear with our closer," Ryu said. "Even though Woo-young throws sidearm, I think he can still handle left-handed batters well. With Sang-kyu, he's pitching with a lot of energy out there. He's also become more efficient."