SEOUL, May 17 (Yonhap) -- Churches and temples remained on their toes Sunday, taking strict precautionary anti-virus measures, in the second week since the resumption of their public services following COVID-19 outbreaks.

Yoido Full Gospel Church in Seoul, the biggest Protestant church in South Korea with 560,000 congregants, introduced a ceiling on the number of people allowed to join the church's offline services Sunday, so that attendees could maintain distance from one another during the service.

All worshippers had their temperatures checked before being let in to the church. 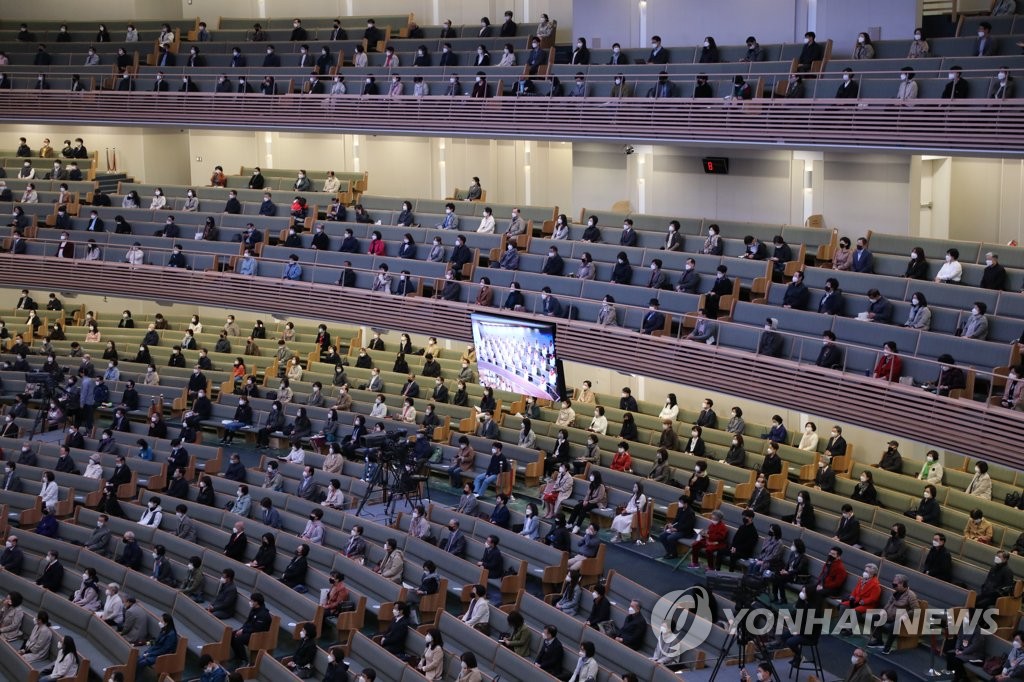 Still wary of virus infection, many of the church's registered members joined the Sunday service online. The church said some 1,700 worshippers simultaneously accessed one of its morning services.

Another mega-church, Somang Presbyterian Church, operated both on-and-offline services on Sunday as a limited number of worshippers were allowed into its on-site services in line with the ongoing quarantine guidelines.

All Buddhists who attended Jogyesa Temple in central Seoul also went through fever tests, hand sanitization and identity checks before being let into the Sunday ceremonies.

A strict one-meter distance was also enforced among the attendees while the ceremonies were in progress.

"Today, fewer people joined the ceremonies than last week. It may have something to do with the cluster infections in Itaewon," an official at the temple said.

After a patient infected with the COVID-19 virus visited multiple clubs in Itaewon in early May, the country recorded a resurgence in the number of new patients, leading to the monthly peak of 35 in one day last week.

On Sunday, the country's new daily cases fell to 13 as the latest cluster infections gradually subsided. The national accumulated COVID-19 cases stood at 11,050, according to the Korea Centers for Disease Control and Prevention (KCDC). 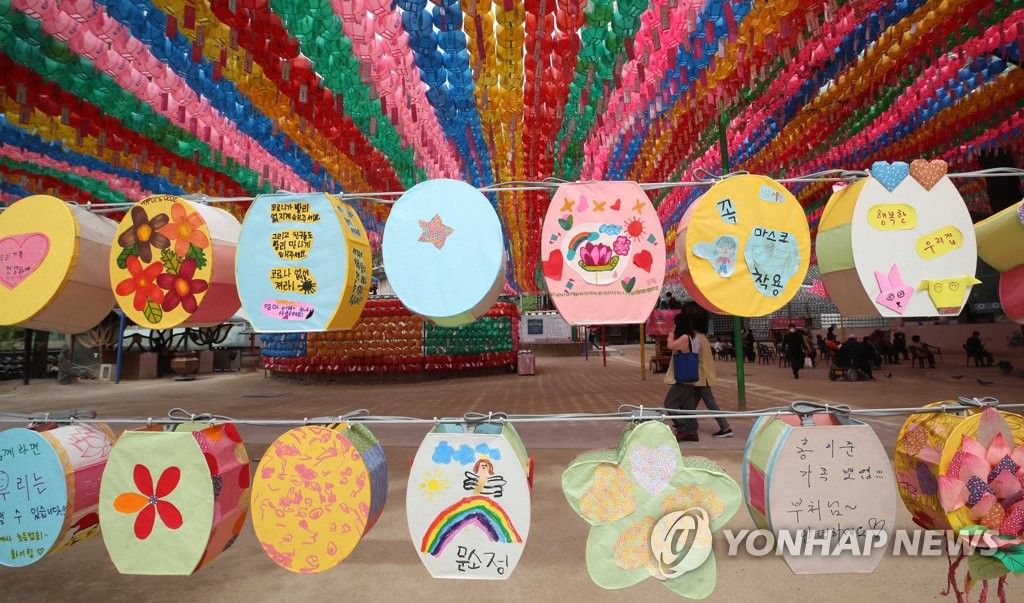