YANGJU, South Korea, May 17 (Yonhap) -- Fresh off her first career victory in South Korean women's golf on Sunday, Park Hyun-kyung said she took advice from the world No. 1 to her heart.

Park won the 42nd Korea Ladies Professional Golf Association (KLPGA) Championship on Sunday with a four-day total of 17-under 271, beating Bae Seon-woo and Lim Hee-jeong by a stroke at Lakewood Country Club in Yangju, just north of Seoul.

It was Park's first KLPGA victory in her 29th start, and also her first major.

She entered the final round trailing Lim, the overnight leader, by three strokes. Lim, a three-time champion as a rookie last year going for her second major, looked to be in the driver's seat. 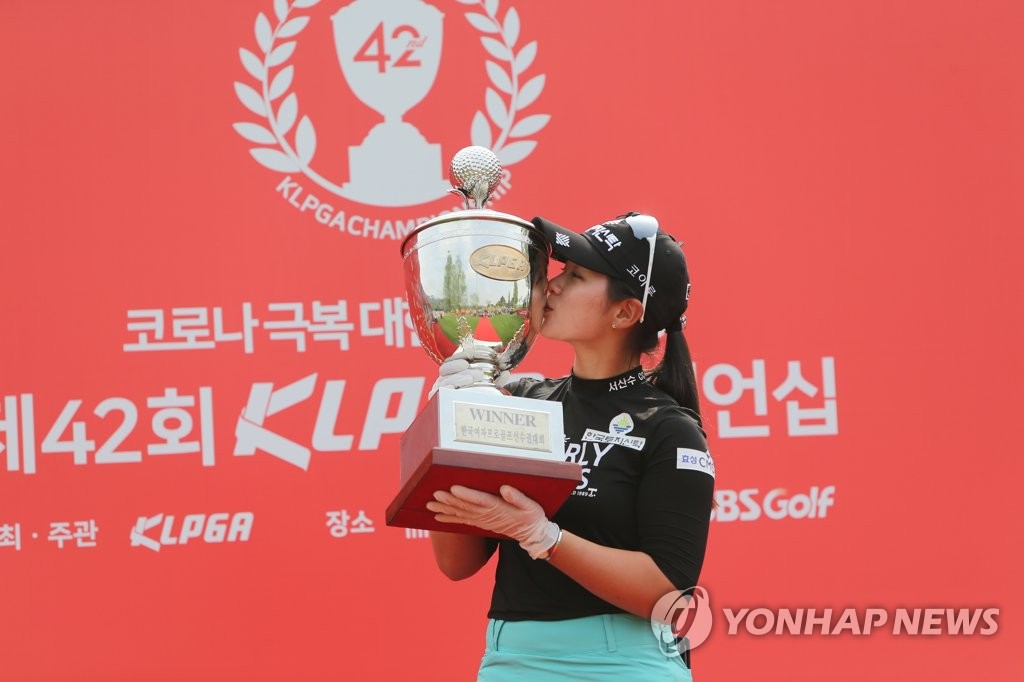 And Park wasn't going to force the issue during the final round, not after what LPGA star Ko Jin-young told her Saturday.

"I talked to Jin-young on the phone, and she told me I shouldn't try to win the title," Park said. "What she meant was that I should just try to control what I can control, and not get too greedy. I kept that in mind today and it led to a great result."

Park said she worked with Ko's swing coach, Lee Si-woo, and also spent some time practicing with the 2019 LPGA Player of the Year.

"Jin-young's known for her pinpoint accuracy with her iron shots, and I think I started to resemble her swing a bit," Park added.

Park was a member of a stacked rookie class in 2019. The first-year pros combined for eight wins last year, but Park didn't reach the winner's circle in 2019.

"I was so disappointed not to have been part of that winner's group last year," Park said. "I am so happy that I got the first win out of the way in the first tournament of the year."

Park tried to keep her excitement in check, saying, "I don't think the next win will come easily for me. I have to keep trying." 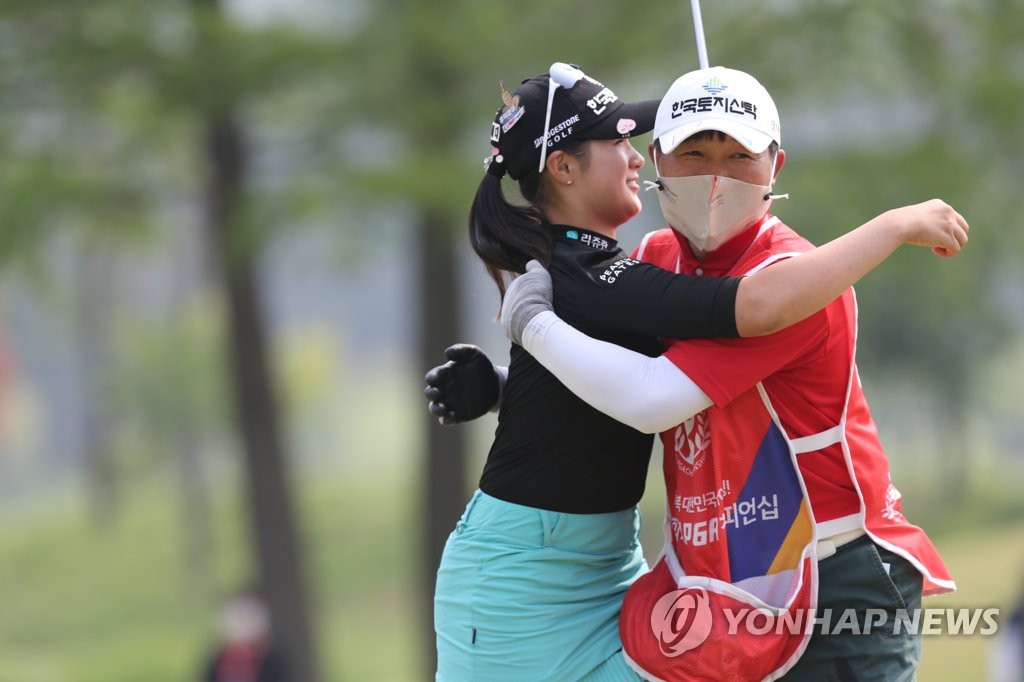