"The company should not be held back by the past and must not be satisfied with the present. To ensure new growth engines, we need to be preemptive and be prepared for forthcoming changes," Lee said in comments provided by the company. "We have no time, and we cannot lose this moment." 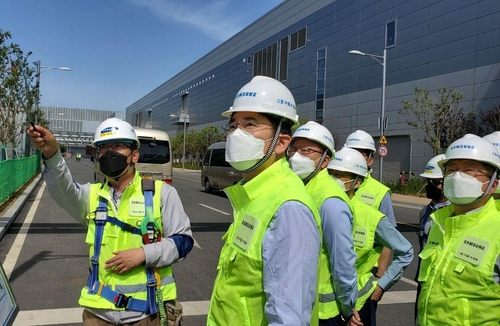 The tech giant earlier announced it plans to inject billion of dollars into the plant, which is an integral part of its drive to become the largest systems chip manufacturer in the world by 2030. The vice chairman's trip is seen as showing the company's resolve to meet the target despite various challenges, such as the COVID-19 outbreak and trade disputes.

The chip industry, as a whole, faces growing uncertainties over a renewed trade row between Washington and Beijing, even though many countries around the globe have started to reopen their economies and lift virus lockdowns.

Company sources said that Lee will not be placed in self-quarantine for two weeks after returning from China, although he will be allowed to go home only after being tested at the airport. The businessman, on the other hand, will be under close monitoring to make certain he does not show symptoms of the infectious illness.