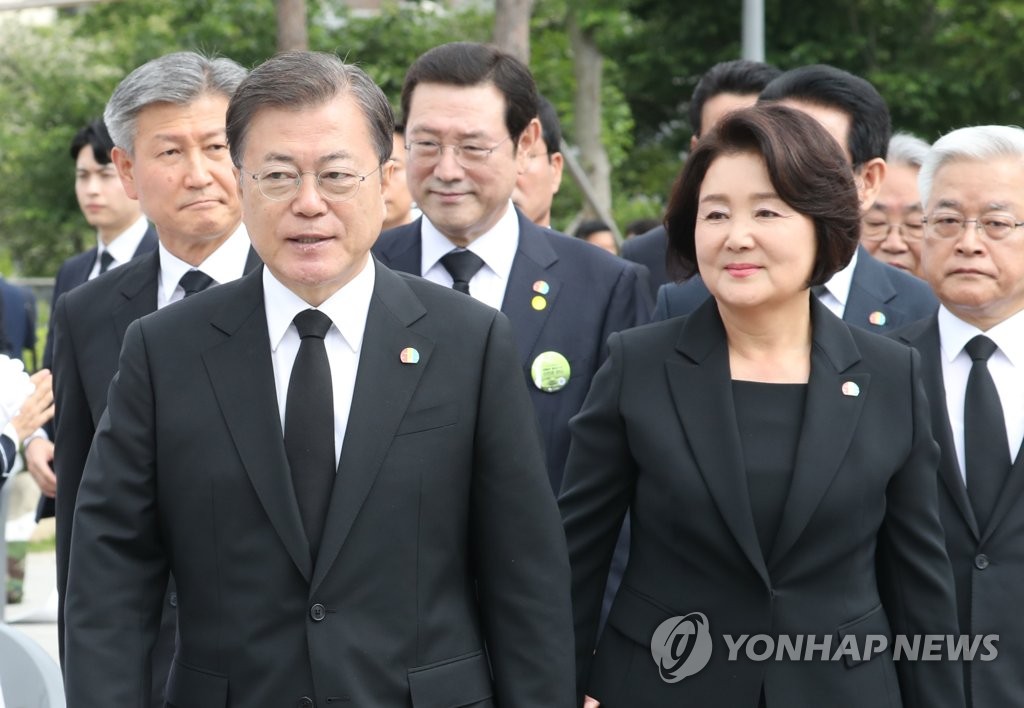 Moon stressed the need to find out who ordered the use of force and civilian massacres, describing it as "state-led violence." It's not for the purpose of punishment but the opening of a path toward "forgiveness and reconciliation" and to prevent distortion and denigration of the movement, a great history in the nation's democracy, according to Moon.

This year's ceremony was the first time for the Ministry of Patriots and Veterans to host the annual ceremony at the square, which was an advance base for Gwangju protesters.