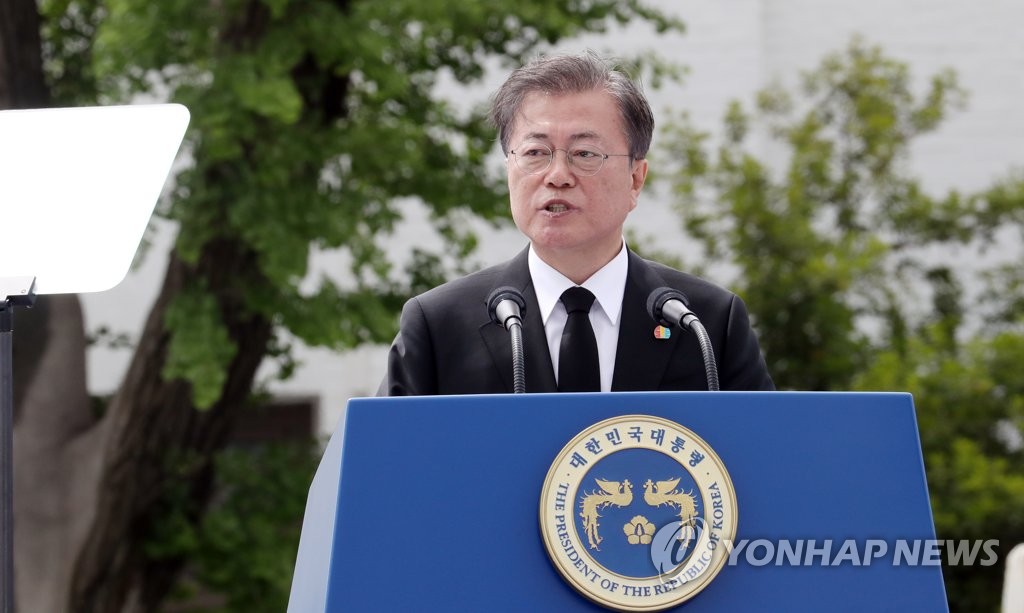 Moon stressed the need to find out who ordered the use of force and civilian massacres, describing it as "state-led violence." It's not for the purpose of punishment but a path toward "forgiveness and reconciliation" and to prevent distortion and denigration of the movement, a great history in the nation's democracy, according to Moon.

He urged those responsible for the violence to come clean.

"If you confess the truth with courage, which is not too late, the path of forgiveness and reconciliation will open," he said.

This year's ceremony was the first time for the Ministry of Patriots and Veterans to host the annual ceremony at the square, which was an advance base for Gwangju protesters. 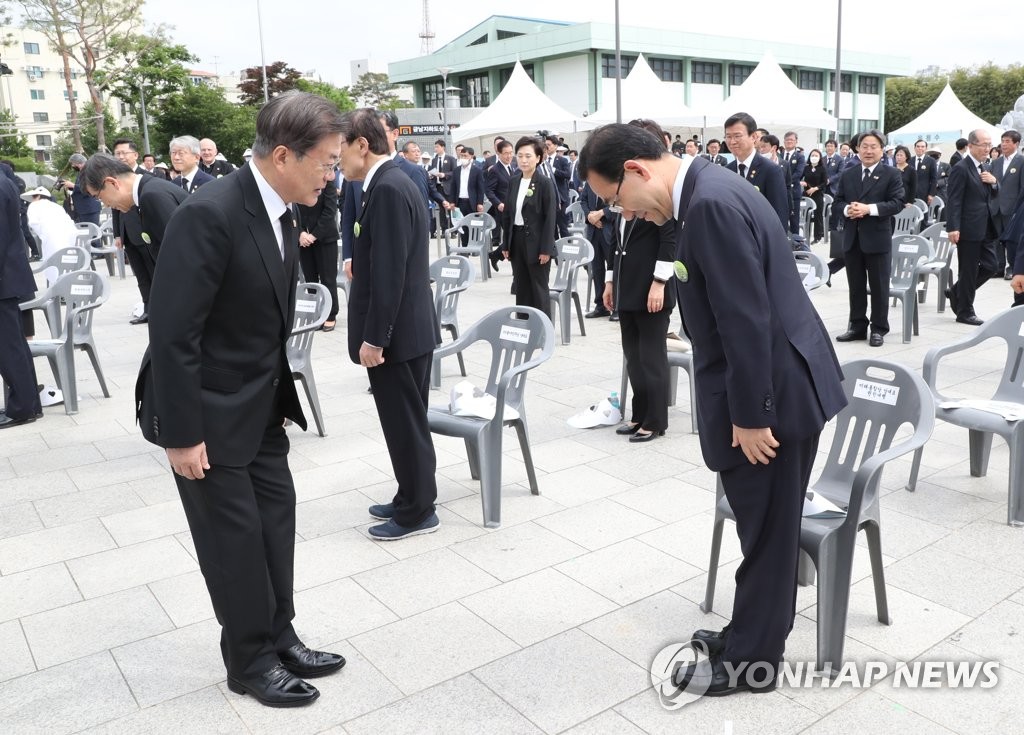 Around 400 dignitaries and citizens were present, including Lee Hae-chan, leader of the ruling Democratic Party, its floor leader Kim Tae-nyeon, Joo Ho-young, floor leader and acting head of the main opposition United Future Party, and Sim Sang-jeung, chief of the Justice Party.

On Saturday, Joo offered a public apology for reckless remarks by some of his party members dishonoring or distorting the Gwangju movement and spirit.

He admitted that the remarks were tantamount to rubbing salt in the wounds of victims, their families and other South Koreans and vowed to stop such remarks from recurring.