"COVID-19 has increased demand for home-cooked meals," said Cho Mi-jin, an analyst at NH Investment & Securities Co. "It will generate both a short-term performance hike and the longer-term expansion of home meal replacement (HMR) products."

The trend stands in contrast to other industries hit hard by the COVID-19 pandemic.

From the start of the year to Friday, stock prices for the food and beverage sector jumped 15.64 percent, only second to the medical sector's 25.55 percent.

The food and beverage sector's growth marks a steep contrast from a 5.86 percent fall during the same period in 2019. 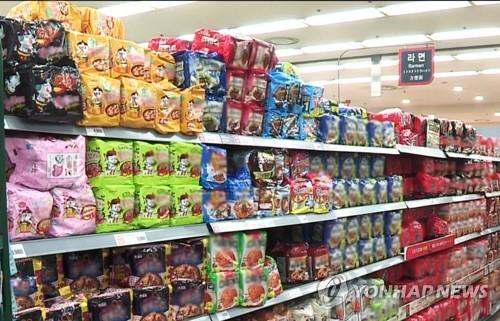