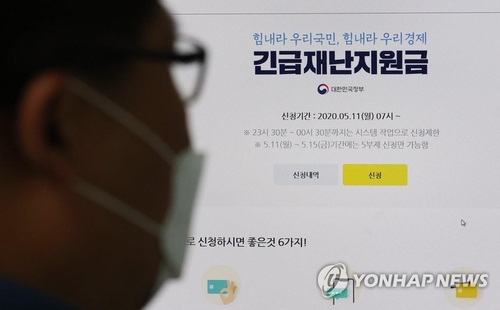 According to the Ministry of the Interior and Safety on Monday, 8.9 trillion won, or 63 percent of the total budget, has been paid out to 14.26 million households.

Cash payments to 2.86 million households that are in the lowest income bracket have mostly been completed. The group, which accounts for some 13 percent of the total, started receiving the first batch of the state aid May 4.