The 1.2-liter gasoline-powered Tivoli SUV hit the European markets last Wednesday as it strives to jump-start lackluster sales amid the coronavirus impact on the automobile industry.

The SUV-focused carmaker currently sells most of its models in Europe: the Tivoli models with a 1.5-liter turbocharged gasoline engine or a 1.6-liter diesel engine, the flagship G4 Rexton, Korando and Rexton Sports SUVs. 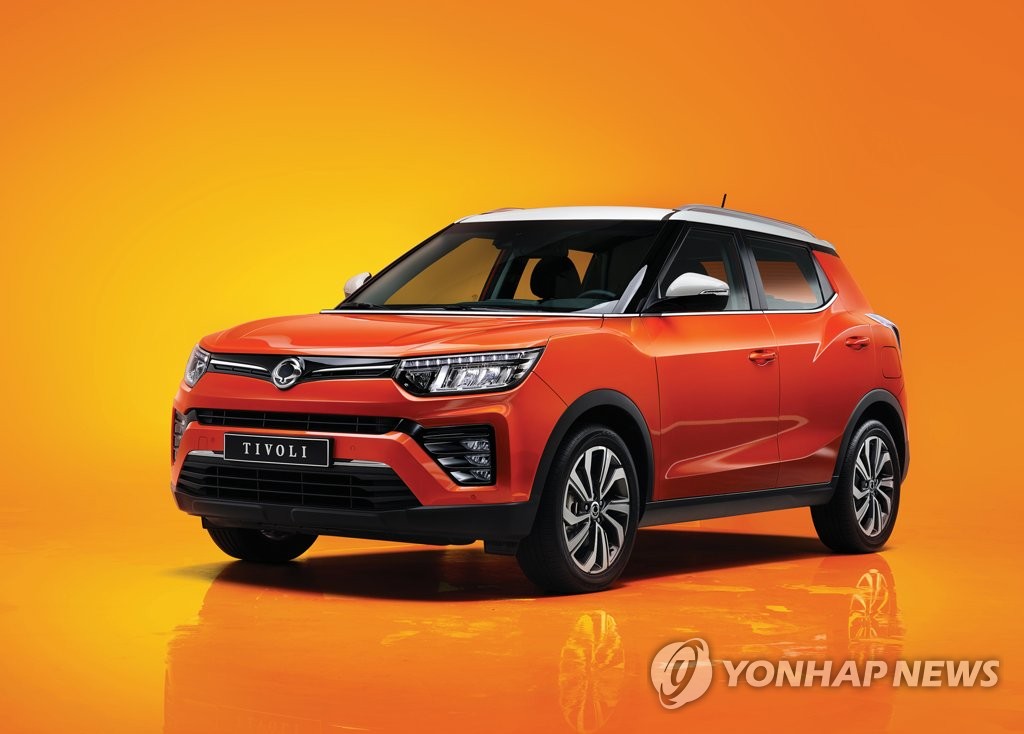 SsangYong has struggled with worsening performance since 2017.

In the January-March quarter, net losses deepened to 193.54 billion won (US$157 million) from 26.12 billion won in the year-ago period due to disrupted production by the COVID-19 outbreak and lack of new models.

In its own rescue measures, SsangYong suspended some welfare benefits for employees in September last year and cut some of their wages and bonuses in December.

Mahindra acquired a 70 percent stake in the carmaker in bankruptcy proceedings for 523 billion won as part of its globalization strategy.