(ATTN: CHANGES photo with new one provided by military)

SEOUL, May 18 (Yonhap) -- South Korea's military on Monday began testing all new draftees, not just those with symptoms, for the coronavirus, in a measure aimed at keeping the virus out of the barracks, the defense ministry said.

Authorities plan to carry out COVID-19 tests on around 6,300 people joining the military every week for the next two months.

"The move is aimed at preventing COVID-19 from penetrating into the military, and to check the possible infection of people in their 20s with no symptoms," ministry spokesperson Choi Hyun-soo told a regular press briefing.

The move came as the military reported no additional cases of the virus for the third day in a row amid signs of a slowdown in Itaewon-linked infections in the country.

The military has been on the alert after a staff sergeant at the cyber command contracted the virus following a visit to clubs and bars in Itaewon where an infection cluster has been reported. Nine of his colleagues have been infected so far.

Separately, the military has also reported two positive cases in Yongin, south of Seoul, in relation to the infection cluster in Itaewon.

On Monday, South Korea reported 15 new cases of the virus, bringing the nation's total infections to 11,065. 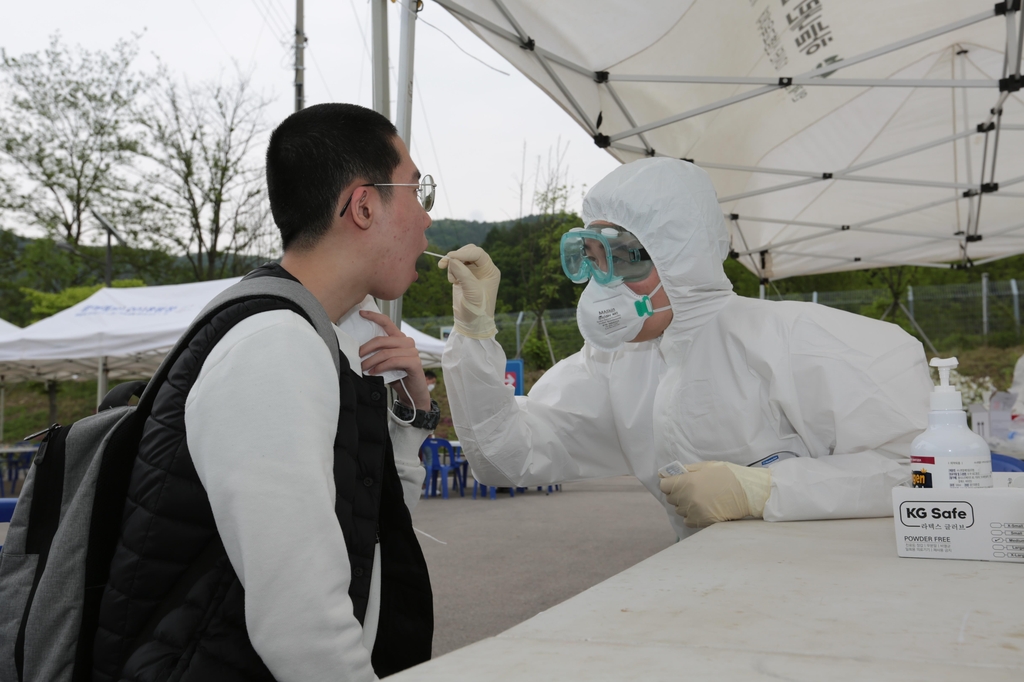