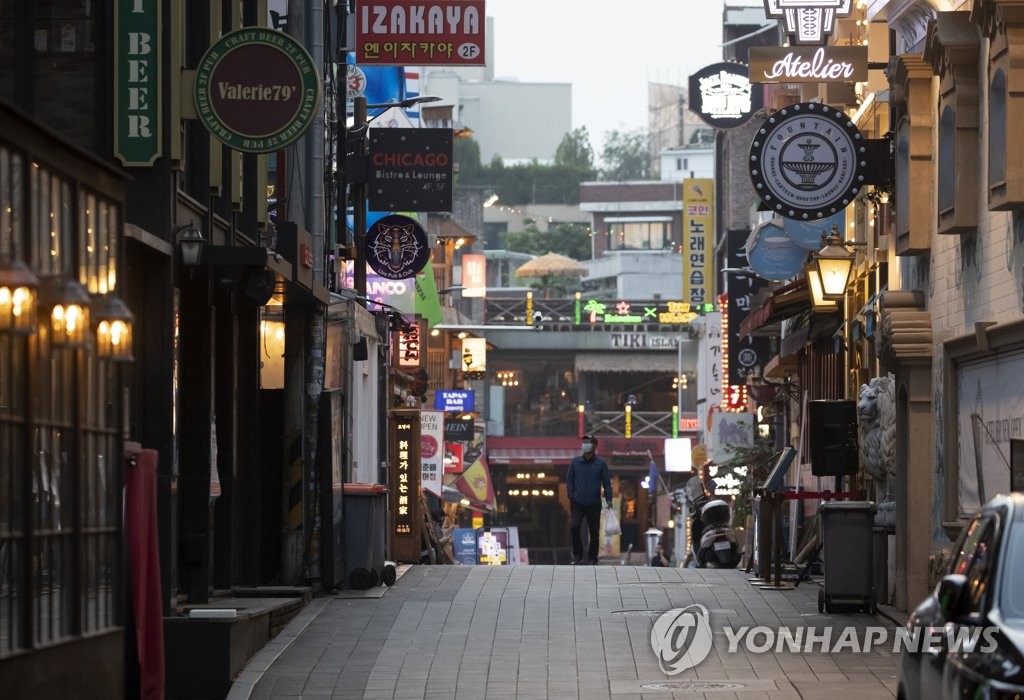 The results showed that the respondents were open to tightened measures to contain the infectious virus.

When asked about health authorities using mobile access records to track down visitors to Itaewon, 91.7 percent said it was appropriate, while 7.2 percent cited privacy risks.

Some 75 percent of respondents also said it was appropriate for the city government to expand mandatory virus checks for all visitors to Itaewon, rather than just clubgoers, while 24.3 percent thought it was excessive.

As of Monday at noon, South Korea had recorded 170 cases related to infections at entertainment facilities in Itaewon.

Of the total, 89 were those who had visited the Itaewon area, while 81 others were their family members and acquaintances who were infected through chain transmissions.