SEOUL, May 18 (Yonhap) -- Naver Corp., the operator of the country's No. 1 internet portal, is moving fast to grab a share in the fast-growing online shopping segment with two different services that may eventually transform the portal operator into the so-called search-based marketplace.

On Friday, Naver said it will launch a paid membership called Naver Place where accumulated points can be used when shopping on the company's platform with its mobile payment tool, Naver Pay.

Naver Financial, a mobile payment arm of Naver, also said it is set to launch a new type of bank account later this month that comes with a unique interest rate for purchases made on the platform using Naver Pay.

Naver's new services are aimed at helping online shoppers looking for speed and convenience in the whole process that begins with product searches and ends with payment.

"Naver aims to provide informational searches via a traditional search engine that leads to a specific product or service search within the platform's marketplace," said a company official, who asked not to be named. 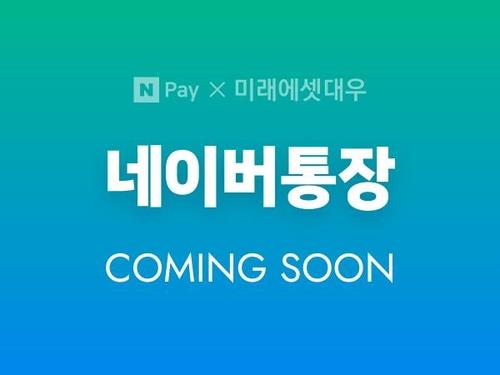 The new service came as Naver announced its net profit jumped 54 percent in the first quarter from a year earlier largely on the back of increased online shopping transactions on its platform amid the new coronavirus pandemic.

The company said its transactions on online shopping malls operating on its platform jumped 56 percent on-year during the first quarter.

"We plan to provide various kinds of shipping systems depending on our partner's business size and their products," said CEO Han Seong-sook. LG Household's products can be shipped within 24 hours of purchase.

Money transfers through Naver Pay came to almost 5.2 trillion won (US$4.2 billion) during the cited period, up 46 percent from a year earlier.

A total of 3.5 trillion won worth of goods were bought by Naver Pay on Naver's shopping platform, Smart Store, during the first quarter, compared with 4.8 trillion won at the country's leading e-commerce platform Coupang and 4.2 trillion won at eBay Korea, a South Korean unit of the U.S. online shopping giant eBay, according to data from industry tracker WiseApp.

"We plan to seek various cooperation with sellers at the Smart Store so that sellers can actively respond to customers in a remote environment," Han said.