SEOUL, May 18 (Yonhap) -- The up-to-two-week screening process required for South Koreans wishing to visit the truce village of Panmunjom on the border with North Korea is likely to be shortened to three days, the unification ministry said.

The ministry has been in talks with the United Nations Command (UNC), which controls access to the border area, to shorten the screening process, an official said, amid criticism it is unfair for South Koreans to go through such a long security clearance process while an average of three days is needed for foreigners.

"Last Friday, the UNC told us it can shorten the period to three days " Yoh Sang-key, the unification ministry's spokesperson, said in a press briefing.

On Saturday, the UNC tweeted that it has coordinated with the ministry and confirmed that the 14-day identification process for South Korean citizens is no longer required.

The 14-day process for South Korean citizens was provided by the South Korean government as a requirement for more than a decade, the UNC said.

"We welcome this positive change as it will ease the inconvenience of our people, given that the tours to Panmunjom have been in high demand since the inter-Korean summit in Panmunjom," the ministry spokesman said.

"The greatest issue is that the region where the Panmunjom tour takes place is where the African swine fever broke out ... we plan to resume the tours when our health authorities conduct testing of samples in May and confirm it is safe," he said.

Tours to the truce village of Panmunjom were halted in October due to the outbreak of African swine fever along the inter-Korean border. 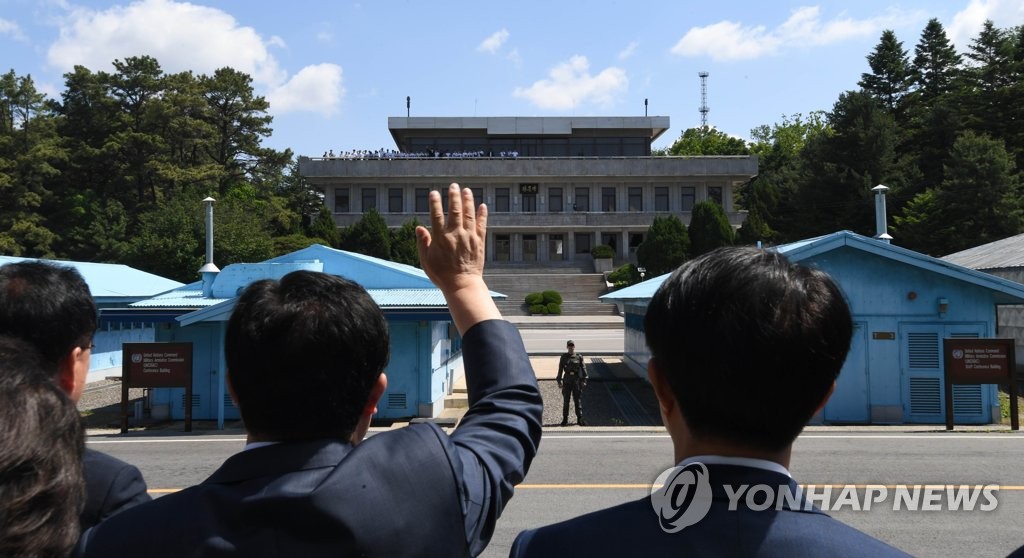 Entry screening for Panmunjom tours to be shortened to 3 days: unification ministry

Entry screening for Panmunjom tours to be shortened to 3 days: unification ministry