INCHEON, May 18 (Yonhap) -- An Incheon taxi driver, who had contact with a coronavirus-infected private academy instructor at the center of the port city's latest outbreak of cluster infections, and his wife have tested positive for the virus, municipal officials said on Monday, forcing more than 140 of his passengers to take COVID-19 tests.

The driver, identified only as a 66-year-old man, drove the instructor -- who drew flak for lying about his occupation after his visit to Itaewon, a new coronavirus hotbed in Seoul -- in Incheon on May 4 before developing symptoms of cough and sore throat and visiting a community health center in Michuhol Ward last Saturday, the officials said. 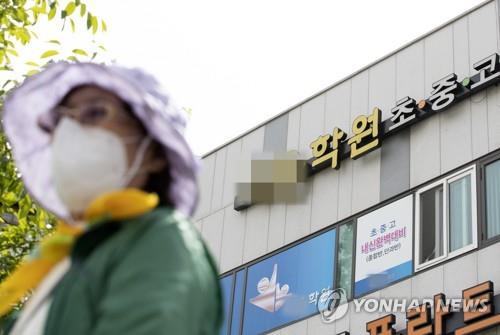 The driver was found to be infected with the coronavirus the following day, while his wife, who is 67 years old and began to show symptoms of fever last Tuesday, also tested positive on Monday.

The controversial instructor, a 25-year-old university senior, tested positive for the virus on May 9 after visiting King Club, one of Itaewon's nightspots at the center of the recent resurgence of virus infections, on May 2, but he lied about his teaching job at a private academy, hampering quarantine efforts by the local government. He is now under police investigation after the government filed a criminal complaint.

So far, a total of 17 confirmed cases, including 10 students, have been traced to the instructor.

The instructor was found to have taken taxis 13 times from May 2-8, prompting authorities to conduct virus tests on all 13 drivers. Except for the 66-year-old driver, however, the 12 others have tested negative.

The authorities have secured the identity of at least 143 passengers who used credit cards after taking the infected driver's taxi from May 4-17 and are planning to administer COVID-19 tests on them.

As the instructor had probably infected the taxi driver even if both of them wore a face mask during the ride, the authorities are planning to reinforce disinfection and quarantine measures for taxis, buses and other means of public transport.

Citizens and officials have expressed anger toward the instructor, saying Incheon's cluster infections could have been prevented if the man had revealed his occupation from the beginning. Cases linked to bars and nightclubs in Itaewon hit 170 as of Monday.