SEJONG, May 18 (Yonhap) -- Finance Minister Hong Nam-ki said Monday the ministry will come up with measures to encourage companies to boost investment as South Korea is drawing up the third extra budget to minimize the economic damage from the coronavirus pandemic.

Hong said in a meeting with senior ministry officials that deregulatory measures must be included in the government's stimulus packages to boost corporate investment.

The government also needs to amend its policies for companies to increase jobs, Hong said.

Hong said the economic shock of the pandemic is expected to deepen in the second quarter. 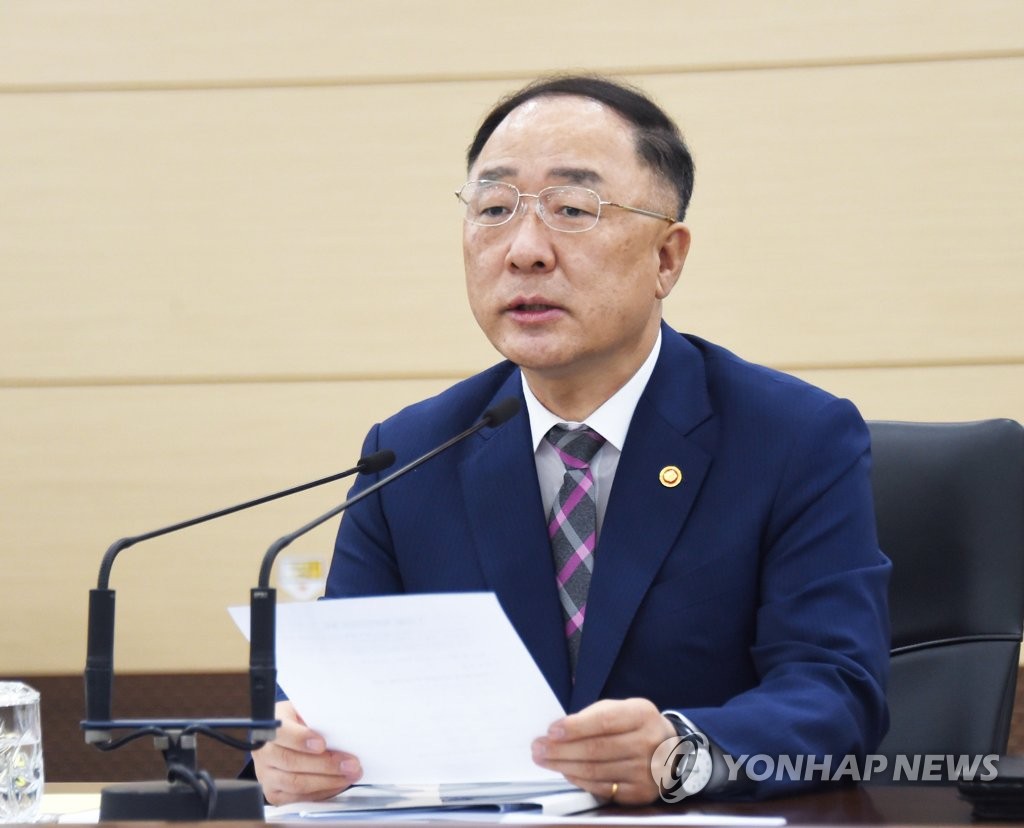 South Korea's export-reliant economy has taken a big hit as the nation's two biggest trading partners -- China and the United States -- have wrestled with the virus, which originated in China and has hit the U.S. hardest.

Last week, South Korea reported the sharpest drop in its April employment since 1999 as the coronavirus pandemic hammered job markets.