SEOUL, May 18 (Yonhap) -- The Korea Meteorological Administration issued a heavy rain advisory on Monday afternoon in eastern Seoul and its surrounding metropolitan area.

Since 4 p.m., the areas have been hit by torrential rains of more than 40 mm per hour accompanied by lightning and thunder strikes.

The weather agency attributed the downpour to strong rain clouds coming from the West Sea and forecast the storm to move east at a speed of 45 kilometers per hour to hit the provinces of North Chungcheong, North and South Jeolla and Gangwon. 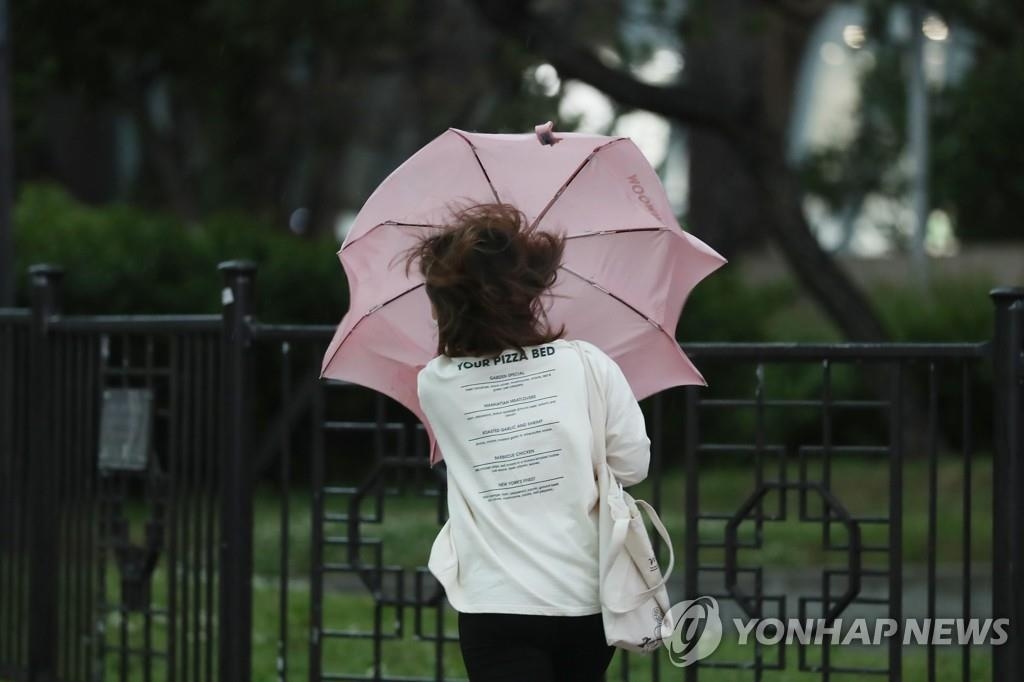 As of 4 p.m., the heavy rain watch was issued in southeastern and northeastern parts of the capital -- for the first time this year -- and parts of Gyeonggi Province, including Yeoncheon County, Seongnam, Ansung and Yeoju, and it might be expanded to the central region.

It also warned commuters living along the western coast as well as in inland areas to take safety precautions, as heavy rain is expected to hit the areas at rush hour.