WASHINGTON, May 18 (Yonhap) -- U.S. President Donald Trump on Monday defended Secretary of State Mike Pompeo against allegations he had a staffer walk his dog, saying the top U.S. diplomat may have been busy negotiating with North Korean leader Kim Jong-un.

Trump's remarks came amid growing allegations that Pompeo asked the president to fire the State Department's inspector general because he was conducting an investigation into the secretary's alleged use of government employees for personal errands and his decision to fast-track a US$8 billion arms sale to Saudi Arabia.

On Monday, he told reporters that he didn't know anything about the investigation. 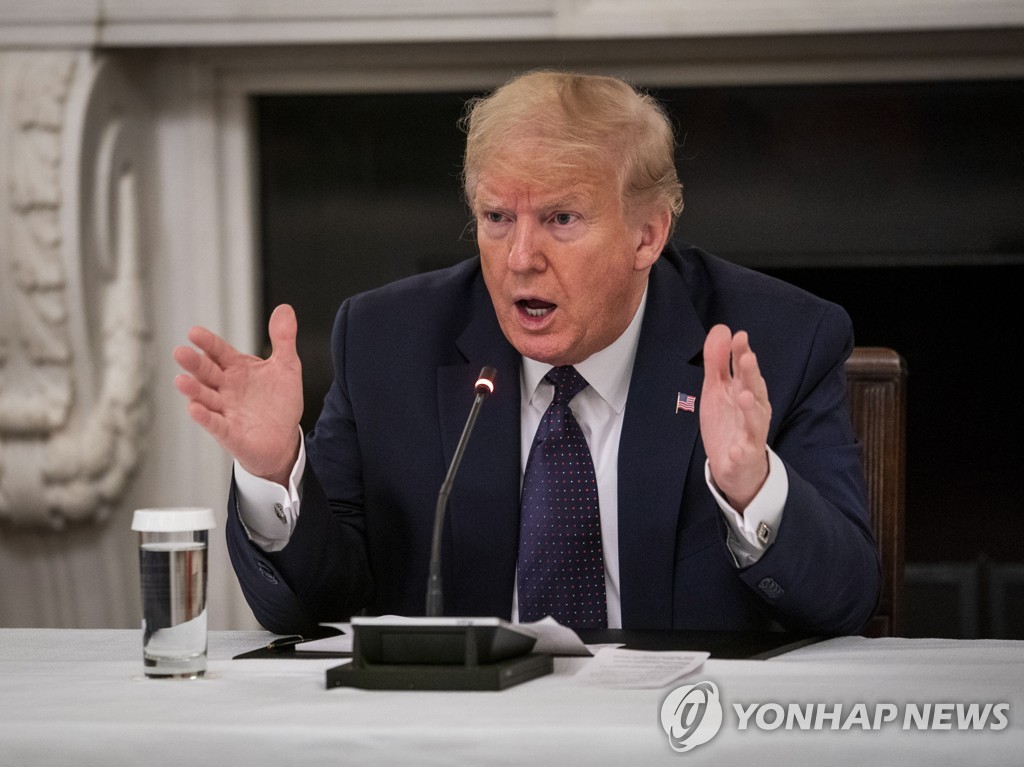 "You mean he's under investigation because he had somebody walk his dog from the government? I don't know. I don't think it sounds like that important," Trump said during a roundtable with restaurant executives at the White House.

"But this is what you get with the Democrats. Here's a man supposed to be negotiating war and peace with major, major countries with weaponry like the world has never seen before. And the Democrats and the fake news media, they're interested in that man who's walking their dog?" he said, suggesting that his opponents were making a big deal out of nothing.

"I think this country has a long way to go," he added. "Their priorities are really screwed up when I read this."

Trump's comments come as nuclear negotiations between the U.S. and North Korea have stalled for more than a year.

Trump and Kim have met three times -- the last time in June 2019 on the inter-Korean border -- in a bid to reach a deal on dismantling the North's nuclear weapons program in exchange for U.S. concessions, but the two sides remain far apart on how to match their steps.

Pompeo led the negotiations during multiple meetings with North Korean officials before and after the leaders' summits.

He has also traveled to Pyongyang and met with Kim there.

Trump suggests Pompeo asked staffer to walk his dog because he was busy with N.K. leader

Trump suggests Pompeo asked staffer to walk his dog because he was busy with N.K. leader