SEJONG, May 19 (Yonhap) -- Home transactions in South Korea sank more than 30 percent in April from the prior month due to tougher property rules and the coronavirus impact, government data showed Tuesday.

The number of homes changing hands nationwide stood at 73,531 last month, down 32.3 percent from the previous month, according to the data from the Ministry of Land, Infrastructure and Transport.

Yet the figure was up roughly 29 percent from the same month a year earlier, when housing transactions were anemic.

The on-month tumble was attributed to tough government measures to cool the housing market and the coronavirus outbreak that discouraged people from moving around.

Housing prices have been rising in recent years, spurring policymakers to unveil a series of measures, including tightened home-backed loan regulations and higher taxes.

The number of home transactions in Seoul, South Korea's capital, amounted to 9,452 in April, down 42.1 percent from the previous month.

The figure tumbled 43.3 percent on-month to 36,852 in the capital area, which includes the western port city of Incheon and all of Gyeonggi Province. The region is home to about half of the country's 50 million people.

Home transactions came to 36,679 in the remaining parts of the country last month, down 15.9 percent from March. 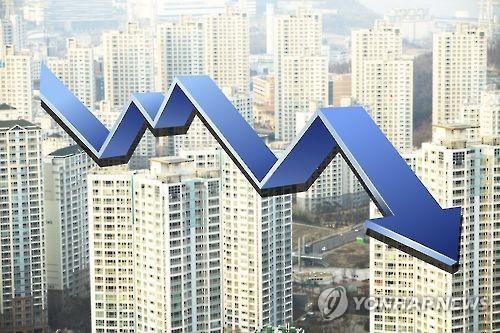