He was indicted by a federal grand jury in the District of Columbia in the U.S. in August 2018 on nine counts for his operation of the massive child sexual exploitation site.

During the Tuesday hearing, which Son did not attend but his father did, his lawyer argued South Korea should guarantee that he won't be punished in the U.S. for producing and distributing child pornography, citing Korea's extradition laws that rule against double punishment for the same criminal activity. 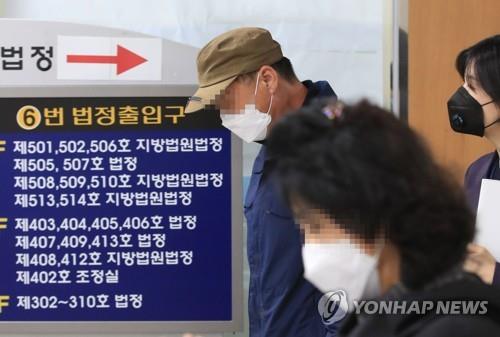 He finished serving an 18-month prison term last month, but was taken back into custody since an arrest warrant was issued for potential U.S. extradition.

Son operated the site from June 2015 until March 2018 when it was taken down by law enforcement.

A second and last hearing is scheduled for June 16 when a decision on extradition will be made.

Meanwhile, Son's father filed a complaint against his son last week for what he argued was a violation of laws that prohibit proceeds from criminal activities from being concealed. The move was widely seen as a bid to stop the extradition by having him face a legal process in Korea.