By several measures, the Hanwha Eagles have been among the best pitching teams in the Korea Baseball Organization (KBO) this season. They own the second-lowest ERA with 3.31 and second-lowest walks and hits per nine innings (WHIP) with 1.24. Their starting pitchers have collectively the best ERA in the league at 2.23.

In terms of opponents' on-base plus slugging percentage (OPS), the Eagles have been the stingiest with .674. And no team has served up fewer home runs than the Eagles' nine, only two of which have come against starters across 72 2/3 innings.

Pitching is the main reason why the Eagles are hanging around at 5-7. On the other side of the ledger, they've been among the least productive teams offensively, ranking near or at the bottom in home runs, runs scored and OPS. 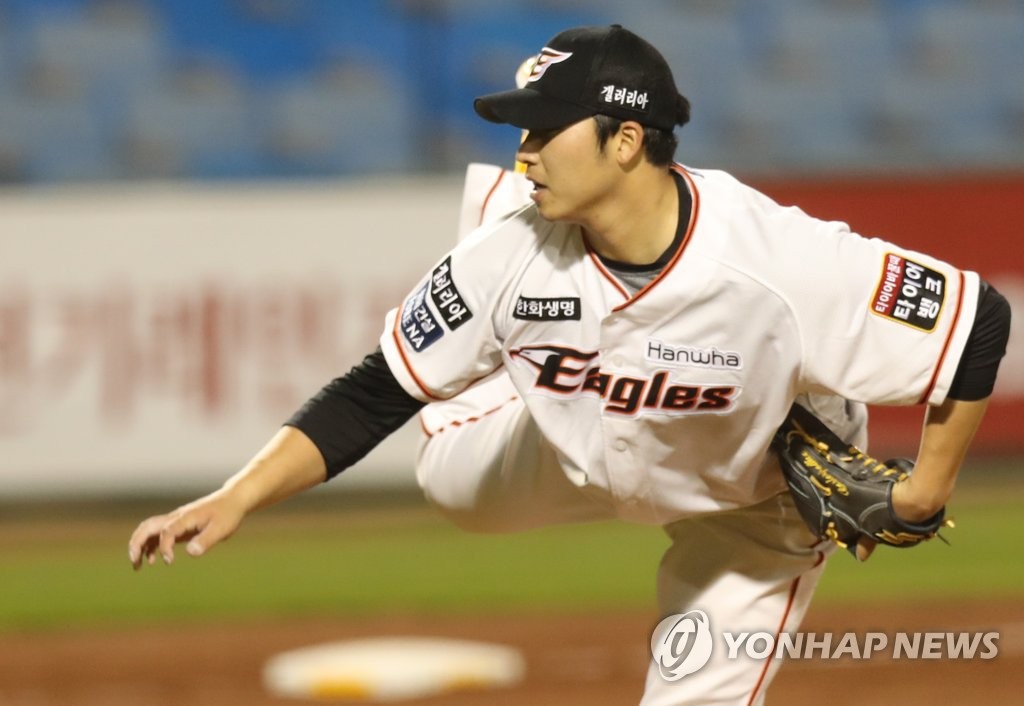 And they've pitched this well so far without their American ace Chad Bell, who's been sidelined since late April with elbow issues.

The other foreign starter, Warwick Saupold from Australia, has done his job, with a 1.64 ERA in three starts. Homegrown starters have picked up the slack too. The 24-year-old right-hander Kim Min-woo has allowed just one earned run in 14 innings across two starts, and the 19-year-old Kim Yi-hwan has given up only two earned runs in 11 innings.

Kim Min-woo's early season surge is particularly surprising. While bouncing between the rotation and the bullpen over the past five years, Kim had compiled a 6.87 career ERA prior to 2020.

He shed about 12 kilograms over the winter and altered his mechanics. The lighter pitcher is now throwing his fastballs harder than ever -- his average velocity of 144.6 kph is 3.2 kph faster than 2019, according to statistics site Statiz -- and he's throwing splitters with more frequency and more success than at any point in his career. 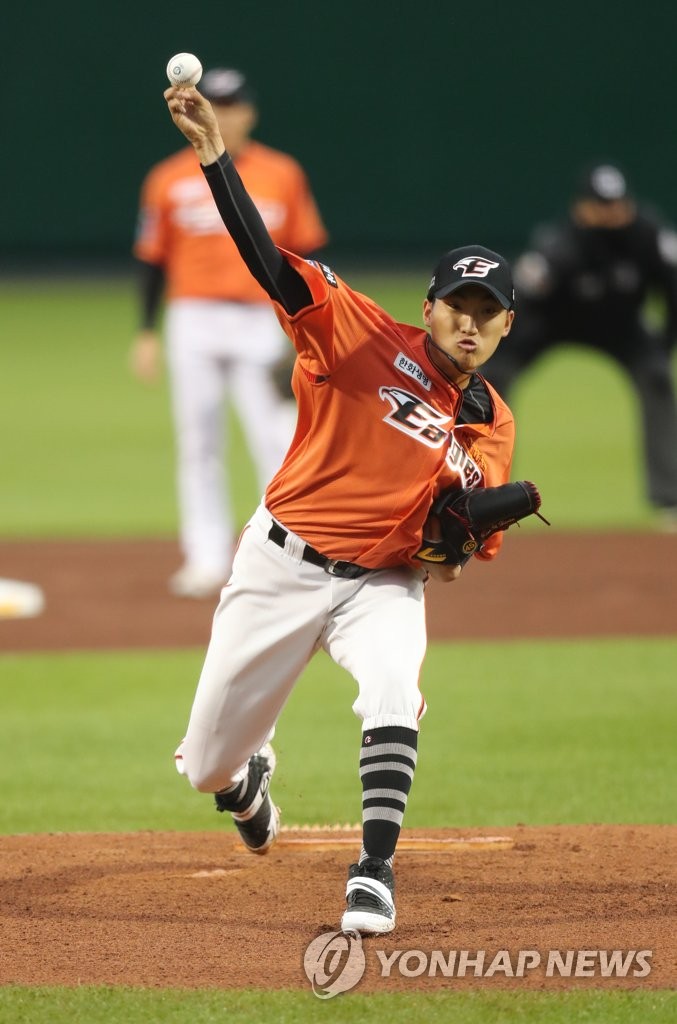 By multiple advanced fielding metrics available on Statiz, the Eagles have been the third-best defensive team this year, which has clearly helped their pitching staff.

But those pitchers will have to be on their own for now, with a pair of key infielders joining two starting outfielders on the sidelines.

Shortstop Ha Ju-suk and utility infielder Oh Sun-jin are both expected to be out for about four weeks due to right thigh injuries, suffered during Sunday's game. They remain on the team's active roster for now.

Ha was off to a fine start at both the plate and on the field, after missing a huge chunk of 2019 with torn knee ligament. Oh has appeared at second base, third base and shortstop this season, while batting .346 with a .909 OPS.

The Eagles have had rotten injury luck this season. Their slugging outfielder Jared Hoying is out with a back injury, and starting center fielder and captain Lee Yong-kyu is sidelined with a calf injury.

On a brighter note, Bell is expected to rejoin the rotation soon. He threw a bullpen session last Saturday. 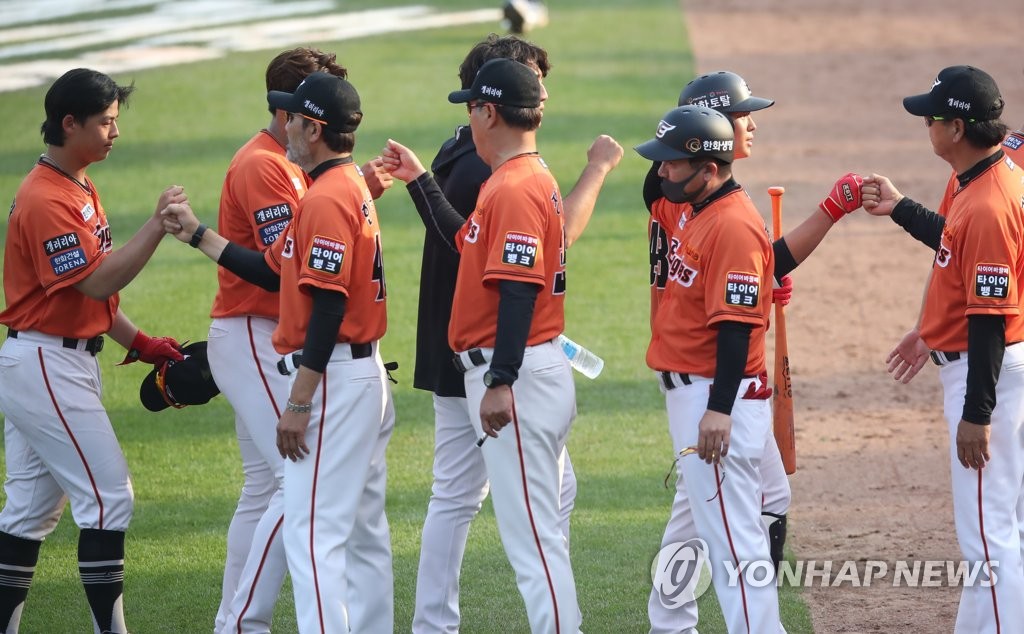