SEOUL, May 19 (Yonhap) -- K-pop giants BTS and BLACKPINK, and Hollywood-darling auteur Bong Joon-ho are some of the key players when it comes to South Korea's soft power overseas. Oddly enough though, the roots of Korean cultural exports can be traced back to not a household name but a less-known Joseon-era artist named Kim Jun-geun, better known by his pen name, Gisan.

A special exhibition shedding light on this mysterious painter, who was active in the late 19th century and early 20th century, was scheduled to be held from Wednesday to Oct. 5 at the National Folk Museum of Korea (NFMK), titled "Finding Folklore in Gisan's Genre Paintings."

Little is known about Gisan, with barely any information or documents on the mysterious artist having survived. What is known is that he was mostly active in Wonsan -- one of the first Korean ports opened to the outer world.

Another prominent fact is that more than 1,000 of Gisan's 1,496-known catalog of works remain overseas, with a total of 878 in Europe, as he was known as a prolific exporter of genre paintings -- a form of genre art depicting aspects of everyday life by portraying ordinary people in common activities -- receiving commissions from and selling to outside visitors. 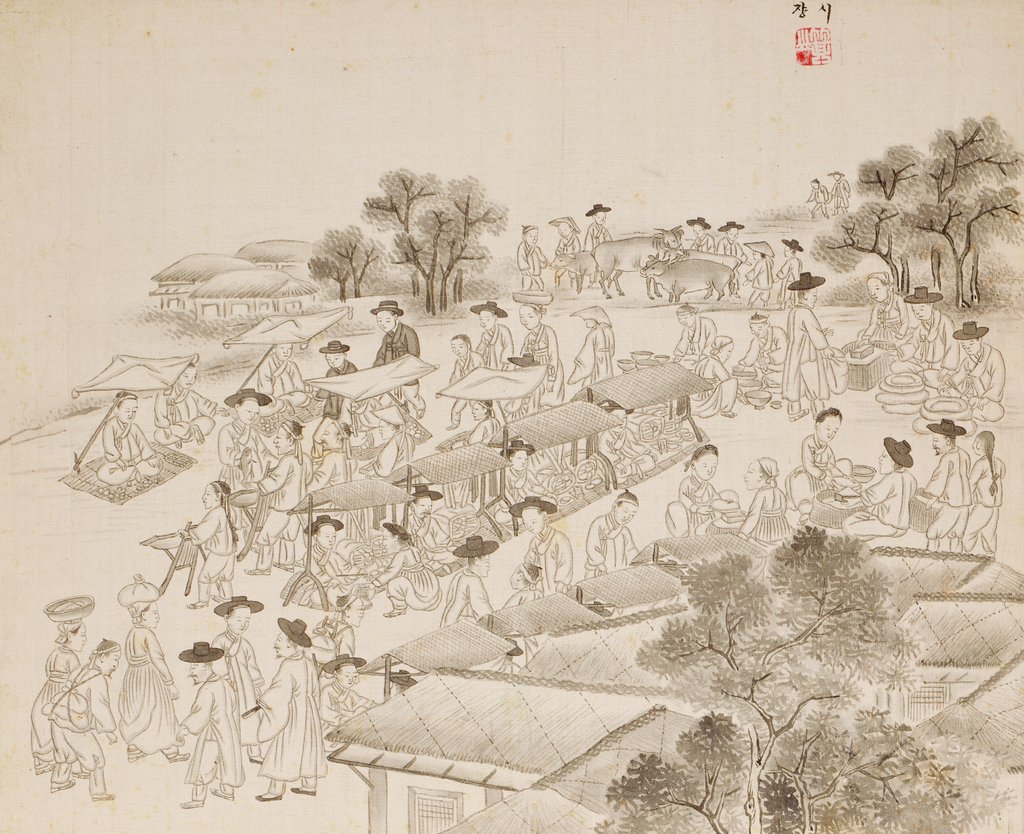 Among Gisan's huge batch of works, NFMK has brought together some 340 pieces illustrating ordinary lives of commoners during his time.

As life itself, subjects and topics depicted in the pieces, ranging from postcard sizes to no bigger than average home picture frames today, are vast in scope.

They range from the average marketplace pieces, marriage ceremonies, farming, entertainment and leisure to the strangely fascinating paintings of criminals being tortured during investigations and doctors conducting autopsies on dead bodies.

Not only are Gisan's works meticulously detailed and lively, they tend to faithfully depict the entirety of each given topic or subject. For example, a piece on blacksmiths making an iron pot shows individuals involved in each and every step, from the melting of iron ore to merchants carrying finished products to markets.

For the exhibition, NFMK has brought in 79 pieces from the Museum of Rothenbaum, also known as MARKK, in Hamburg, Germany. Of those, 61 are works that were commissioned by Heinrich Constantin Eduard Meyer, a German merchant who founded a trading company in Korea.

"The genre paintings by Gisan provided an opportunity to show the world, the life and culture of our people back then," NFMK head Yoon Sung-yong said at a press conference.

Yoon added, "Since foreigners account for more than half of our visitors, we thought it would be meaningful to exhibit the genre paintings collected by Westerners showing everyday life of Koreans in the past." 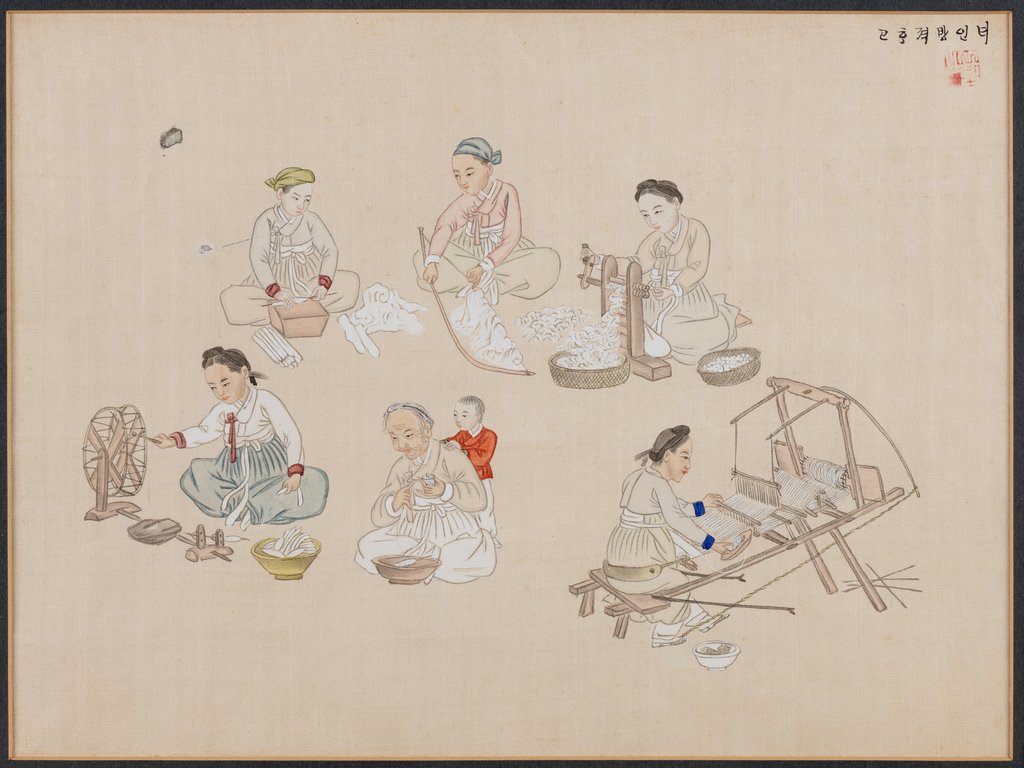