SEOUL, May 19 (Yonhap) -- Yoon Mee-hyang, a leading activist for wartime sex slave victims in South Korea who recently won a parliamentary seat, is facing growing suspicions that she misappropriated funds donated to the victims.

Yoon first came under fire early this month after Lee Yong-soo, a victim of the imperial Japanese military's wartime sexual enslavement, claimed that public donations intended for the victims were not spent transparently and that victims were exploited over the past 30 years by the civic group Yoon led.

Lee, 92, also called on Yoon give up her parliamentary seat to resolve the problems associated with the accused civic group, the Korean Council for Justice and Remembrance for the Issues of Military Sexual Slavery by Japan.

Yoon has been at the vanguard of South Korea's civic efforts to draw attention to World War II sexual atrocities by the imperial Japanese forces and press the Japanese government to apologize and provide compensation. From 2002-2005, she headed the Korean Council for the Women Drafted for Military Sexual Slavery by Japan, the predecessor of the Korean Council for Justice and Remembrance.

Historians say up to 200,000 women, mostly Koreans, were coerced into sexual servitude in front-line Japanese brothels during the war, when the Korean Peninsula was a Japanese colony. The women are euphemistically called "comfort women."

In April, Yoon won a seat in the National Assembly on the proportional representation ticket of the Platform Party, a satellite party of the ruling Democratic Party (DP). 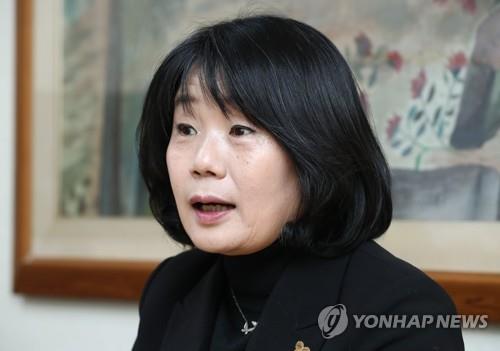 Lee's recent allegations led to a slew of other accusations of financial improprieties involving Yoon's real estate transactions and condolence money from a victim's funeral, prompting the opposition bloc to demand her resignation.

The allegations center on the Korean Council's purchase of a shelter for comfort women victims in Anseong, south of Seoul.

Media reports alleged that the civic group, using a 1 billion won (US$815,727) corporate donation, purchased the shelter building at a price far above market value in 2013 and resold it below the market price this year, raising the possibility of fund misappropriation.

The media also accused the council of splurging donated money on renovating the building's interior and renting space in the shelter for profit.

Yoon has also been accused of lying about how she funded her purchase of a flat in 2012 and using her private bank account to collect financial gifts during the funeral of an elderly female victim in 2019.

Yoon denied most of the allegations and remains adamant that she will not give in to the opposition's demand for her resignation.

"I am not considering (resigning)," Yoon said during a radio interview on Monday. "I sincerely apologize for the current situation ... (but) the purchase price (of the shelter) was reasonable for us then, given the quality of its construction material and other factors," she said.

As the corruption allegations snowballed, however, the prosecution has reportedly decided to launch an official investigation into the civic group and Yoon after several social groups filed complaints against them on embezzlement and fraud accusations.

The main opposition United Future Party is also pushing for an official parliamentary investigation into the case during the new parliamentary term although it is technically impossible to do so without the approval of the DP, which controls a mega-majority.

"A parliamentary probe into Yoon Mee-hyang is a must because it's a call from the public," the opposition party's deputy floor leader Kim Sung-won told Yonhap News Agency.

With no sign of Yoon giving up her parliamentary seat, the DP is reportedly planning to decide on the issue in the near future on fears that the corruption allegations could overshadow the opening of the new parliamentary session on May 30.

Speaking to reporters on Monday, Lee Nak-yon, a former prime minister who is likely to run for leadership of the DP, said "(I) am stringently looking into the issue," hinting that the party could take disciplinary action.

If expelled from the party, Yoon would be the second lawmaker-elect on the Platform Party's proportional representation ticket to be ousted, after Yang Jung-suk in April. 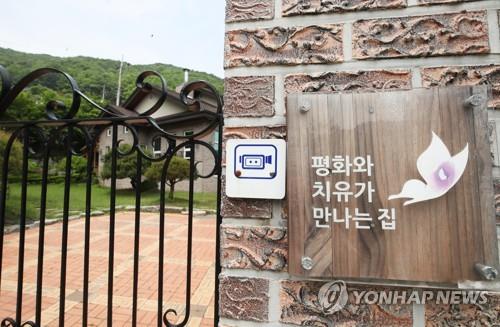