A 39-year-old researcher was killed and two workers, aged 47 and 27, respectively, suffered second-degree burns to the face and neck and were sent to a nearby hospital, they said.

Fire authorities presumed the fire started when heavy pressure caused a pyrophoric substance in a catalyst to be exposed to air in the center's packing room.

The fine powder material had alkylaluminum, which ignites rapidly on contact with ambient air, they said.

There was no leak of harmful chemicals, according to the local fire department.

Police and fire authorities are investigating the cause of the accident.

The accident came as the nation's leading chemicals company is reeling from a toxic gas leak at its plant in India on May 7, which killed 12 people and sickened more than 1,000 people. 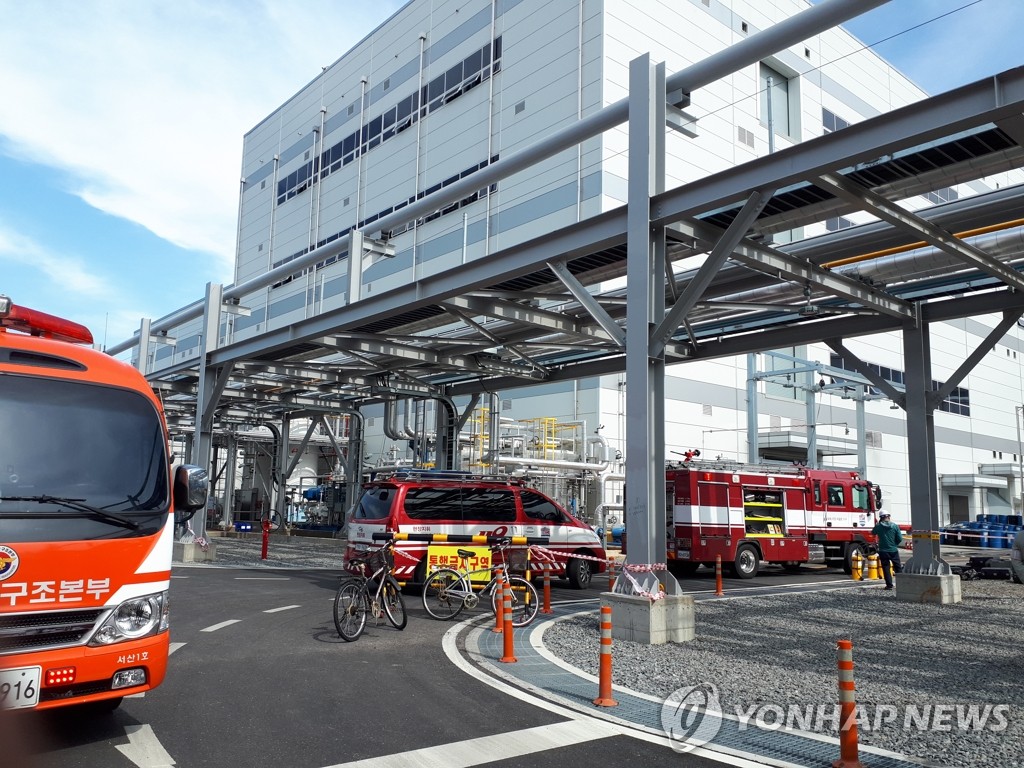