Retail investors offloaded a net 1.19 trillion won worth of stocks on the main local bourse, marking the first time that their stock selling surpassed the 1-trillion won threshold since Sept. 14, 2012, according to the data from the Korea Exchange (KRX). 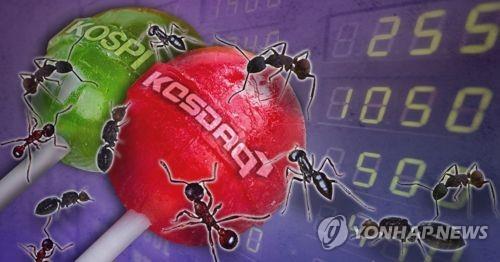 "Since early this year, they had raked in a massive amount of local stocks, hoping to take advantage of the coronavirus-caused market crash this year," Jeong added.

They sold off the largest 354.4 billion won worth of market kingpin Samsung Electronics, followed by a 171.1 billion-won sell-off of Hyundai Motor Co.