Foreign Minister Kang Kyung-wha and her Australian counterpart, Marise Payne, exchanged views by phone on ways for bilateral cooperation against the pandemic, it said.

Both nations are known to be coping with the crisis effectively.

The ministers agreed on the need to prepare for the recurrence of incidents similar to COVID-19, provide assistance to countries vulnerable to the spread of infectious diseases and strengthen regional quarantine cooperation, according to the ministry. 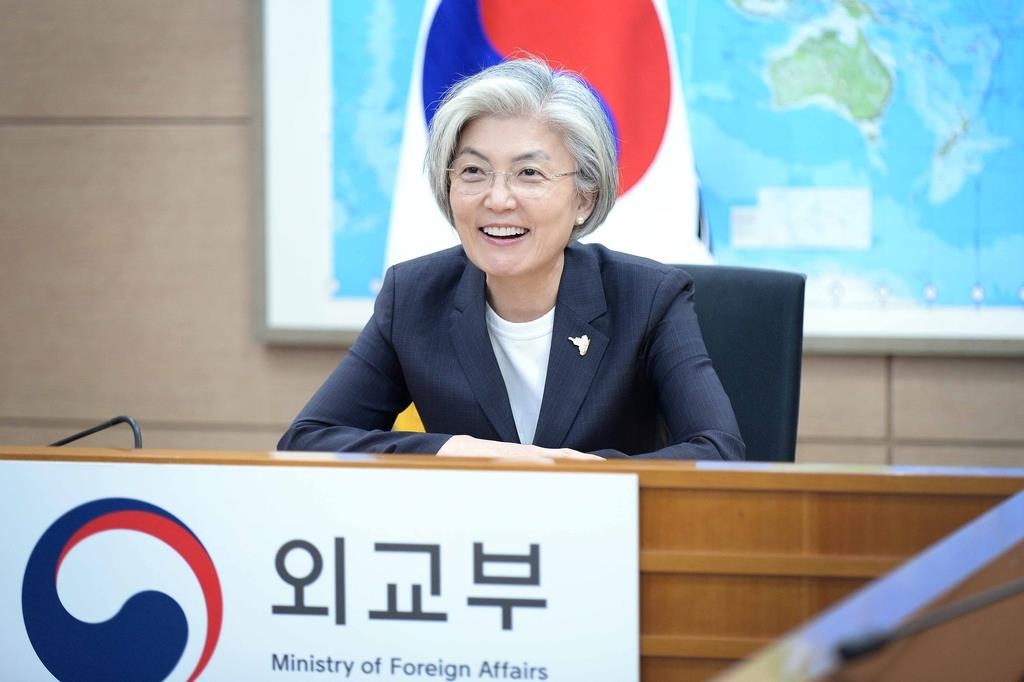 As the two sides commemorate the 60th anniversary of establishing diplomatic ties next year, the ministers agreed to bolster bilateral and multilateral partnerships. They are members of the MIKTA middle-power group along with Mexico, Indonesia and Turkey

Kang also had a virtual meeting with India's Foreign Minister Subrahmanyam Jaishankar. She requested India's support for South Koreans planning to make urgent visits there despite tight border controls over the virus.

The Indian minister agreed to continue consultations on how to allow "inevitable" cross-border economic activities amid quarantine measures.

Cho called on the ambassadors to Argentina, Brazil, Paraguay and Uruguay and the consul-general in Sao Paulo to explore various ways to enhance cooperation in the health and quarantine sectors with the members of Mercosur, a regional trade bloc consisting of the four countries, the ministry said.

Cho noted the need to pay more attention to South Korean citizens living in those countries and Korean companies engaged in business there, calling for stepped-up efforts to provide them with the best support possible.

The meeting also included sharing up-to-date assessments on the COVID-19 outbreak situation in the South American region, as well as in South Korea.