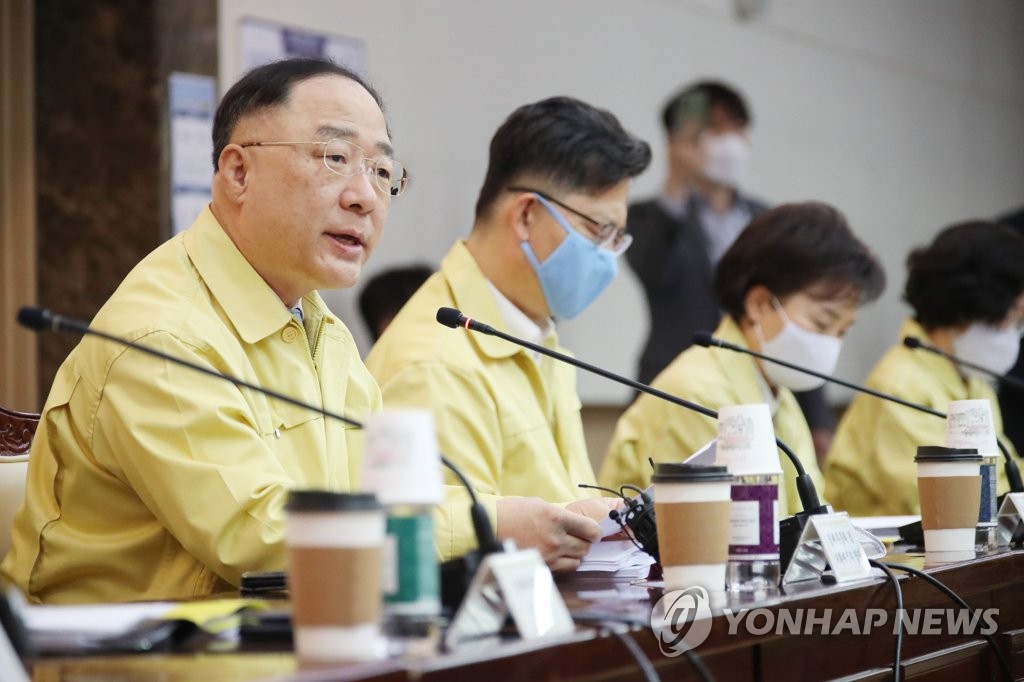 South Korea has pledged to set up a fund worth 40 trillion won to provide financial support to key industries disrupted by the pandemic. Hard-hit key industries include aviation, oil refinery, shipping, shipbuilding and car production, the backbone of the country's employment.

Vice Finance Minister Kim Yong-beom told reporters that the government will require companies to return some profits to the nation if their business returns to normal after receiving the funds.

When the funds are provided to companies, they will be banned from giving dividends and purchasing their own shares, Kim said.