SEOUL, May 20 (Yonhap) -- Schools finally reopened Wednesday after a monthslong closure due to the coronavirus pandemic, putting to the test the government ability to control outbreaks at schools.

In a phased reopening plan, high school seniors became the first group to attend in-person classes, 79 days after the original semester start day of March 2. The other students, including preschoolers, will return to school by June 8.

The reopening of schools marks another major development in the government's containment efforts after a new everyday life quarantine, with eased social distancing guidelines, was introduced earlier this month amid a slow spread of the coronavirus.

After a young man infected with the coronavirus visited multiple bars and clubs in Itaewon in early May, however, the country experienced a resurgence in the number of new patients.

The country reported 32 new coronavirus cases on Wednesday, according to the Korea Centers for Disease Control and Prevention (KCDC), bringing the total caseload to 11,110. The daily new infections were the largest since May 11 when single-day infections hit 35, with four infections at a major hospital in Seoul and a rise in nightclub-linked cases. 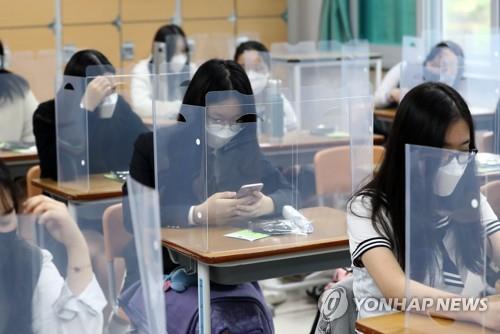 Small schools nationwide with fewer than 60 students also reopened Wednesday. In sparsely populated Gangwon Province, there are 170 such schools, including 46 elementary schools.

"We are facing a nervous situation where we should pursue both school life and quarantine at the same time," Superintendent Cho Hee-yeon of the Seoul Metropolitan Office of Education said while visiting Gyeongbok High School in downtown Seoul.

He stressed that there is a pressing need to "harmoniously mix online and in-person classes" during the pandemic. 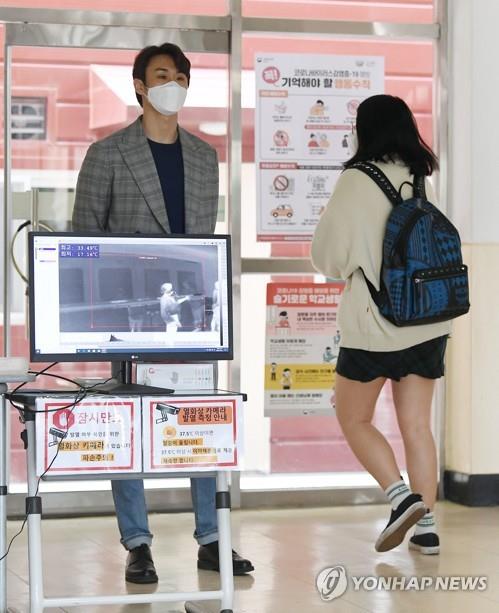 In the runup to the opening Wednesday, education and health officials have been busily preparing for the reopening in the safest possible manner.

The education ministry has put in place quarantine and isolation protocols and provided schools with a detailed response manual, in a bid to minimize confusion for teachers and students.

Schools have spaced out desks and fitted them with plastic dividers, installed fever checkpoints and implemented social distancing in cafeterias.

Despite sporadic outbreaks of COVID-19, the government has been showing confidence in management of the reopening, especially after 57 teachers and school officials who visited nightclubs in the popular nightlight district Itaewon, a recent hotbed of coronavirus infection, tested negative.

For high school seniors, in-person classes are important in the runup to the national university entrance exam slated for November. In the case of households where both parents are working, school reopening is also a pressing matter.

"I understand that this is not an easy path we are on, but we have to go through this one time, as it is uncertain when the COVID-19 pandemic might end," Education Minister Yoo Eun-hae said in a briefing Tuesday. "The ministry and relevant education offices will try our best and respond swiftly to whatever comes along." 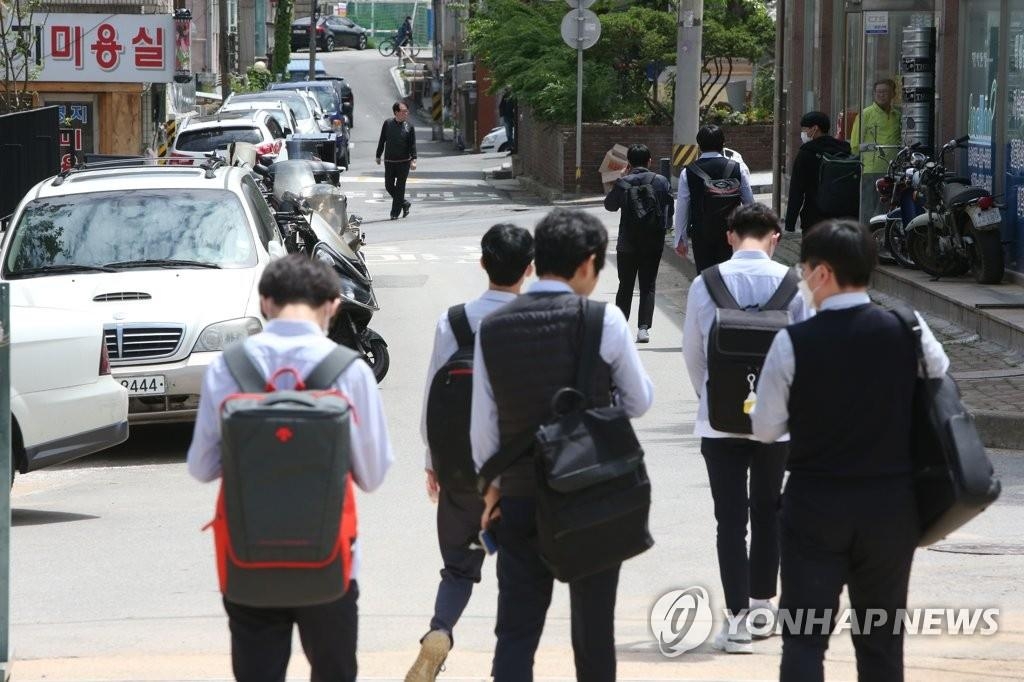 In a stark sign of the precariousness of the containment situation, however, the education offices in Incheon and Gyeonggi Province sent some students home, just hours after they had gone to school for the first time in nearly three months, citing concerns over potential outbreaks.

"Some patients are found to have gone to frequently visited places, and how they were infected remains unknown," said Lee Sang-hun, a spokesman of the Incheon Metropolitan City Office of Education.

The city has reported a total of 136 cases, including 27 patients traced to a teacher at a private cram school.

"It was so much fun to meet and chat with my classmates. It's been quite a while since I did that. So I am very disappointed that we have to go home after spending only three hours at school," an 18-year-old student, who asked that only his last name Choi be used, told Yonhap News Agency on his way home.

"What can we do? I think the decision was necessary," he said, adding he hoped the COVID-19 pandemic ends as soon as possible.

When the students in five wards can return to school will be decided after close coordination and consultation among relevant agencies, according to the education ministry.

Similar stories were repeated throughout the country.

The education office in Gyeonggi Province stopped students in Anseong from coming to school, citing the on-going contact tracing of a new COVID-19 patient. The office said schools in the city will resume Thursday.

In Cheongju, North Chungcheong Province, five students have been taken to hospitals after reporting symptoms of the virus, such as fever and nausea.

In North Gyeongsang Province, 59 students from 32 schools were sent home for the same reason, while 84 students were not allowed to come to school in the first place based on the information they had put on a self-health monitoring application. 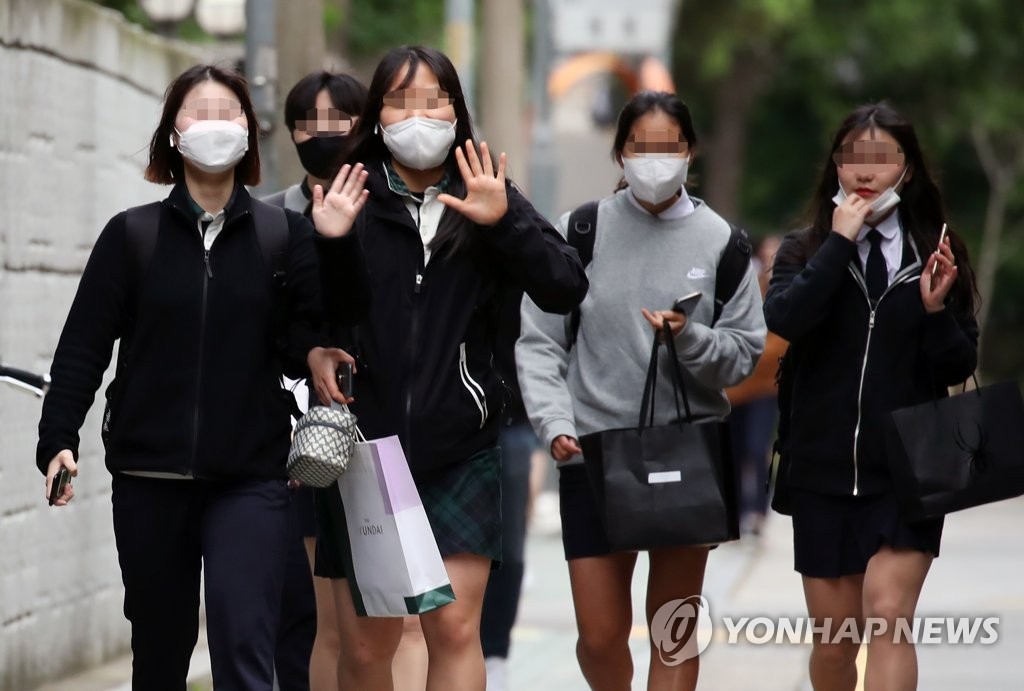