SEOUL, May 20 (Yonhap) -- A six-term lawmaker of the ruling Democratic Party is on course to become the inaugural speaker for the National Assembly's new term, party officials said Wednesday.

Rep. Park Byeong-seug was one of the party's two powerful contenders for the position of National Assembly speaker.

The other contender, five-term lawmaker Kim Jin-pyo, announced his intention not to run in the party election for the seat, setting up Park as the only probable candidate in the ruling party race to pick the new National Assembly speaker.

"After a lot of thinking, I will not register my candidacy," Kim wrote in a Facebook post Wednesday, the last day for candidacy declaration.

South Korean parliament has customarily reserved the two-year chairmanship for the ruling party with the two vice speaker seats divided between the ruling and main opposition blocs.

By law, a National Assembly speaker is prohibited from belonging to a political party.

It is Park's third bid for the parliamentary chairmanship. He is the longest-serving lawmaker in the 21st National Assembly, set to kick off on May 30.

He served as a vice speaker at the chamber for two years starting in 2012.

"(My) objective for the 21st National Assembly is to reform the chamber so that it operates without confrontation and is trusted by the public," Park said after his tentative selection as the new parliamentary speaker.

After graduating from Sungkyunkwan University in Seoul, Park worked as a journalist before entering politics as a spokesman for the then-ruling party in the initial phase of the Kim Dae-jung administration (1998-2003). 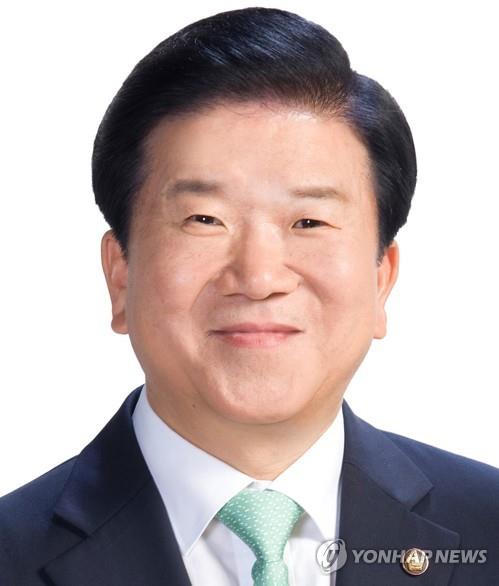