About 7.3 trillion won worth of medical equipment and materials were produced in the country last year, up 11.8 percent from a year earlier, according to the Ministry of Food and Drug Safety.

The sector's annualized growth rate far outpaced the 2 percent increase in the country's gross domestic product for the year. 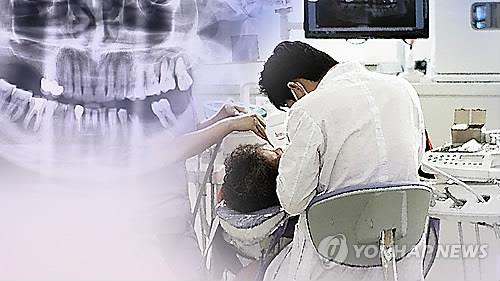 Dental implants retained the leading position for the third straight year in 2019.

The ministry said dental care products were in high demand due to population aging and the expansion of public health insurance coverage making such treatment less expensive for people.

South Korea is one of the world's fastest aging societies, with the proportion of people aged 65 years or older out of the entire population hitting 14.2 percent in 2018, making the country an "aged society."

Exports of medical equipment and materials climbed 8.9 percent on-year to 4.3 trillion won, with imports gaining 13.3 percent to 4.8 trillion won. Ultrasound diagnostic machines were the top export item, and soft contact lens were the No. 1 import product.

China was the leading export destination with 715 billion won, trailed by the United States with 676 billion won and Germany with 276 billion won.
(END)