SEOUL, May 20 (Yonhap) -- Jiknyeo, the mythical daughter of the heavenly king in a Korean folktale, gazes at her star-crossed lover Gyeonwu as he walks along herding cattle. Next to the image, several archers ride horses hunting for game.

The collage covers the walls and ceiling of a single gallery, then transposes into an image of the North Star constellation. Soon after, it morphs into a sea of stars, overwhelming visually those standing in front of the panoramic spectacle.

The digitally-produced images, newly presented at the National Museum of Korea (NMK), part of a new digital installation, are reproduced from the inner walls of an ancient mural tomb in South Pyongan Province.

The new installations, according to the museum, harness a range of cutting-edge 3D visual technology, including virtual, augmented and mixed reality technologies, as well as holographic and media facades.

Another features a 8.5-meter-wide high-definition 8K panorama display that breathes life into the Taepyeongseongsido, a famous Joseon-era painting of a bustling city, by digitally animating all 2,100 townspeople in the original artwork. It also offers interaction through a touch screen. 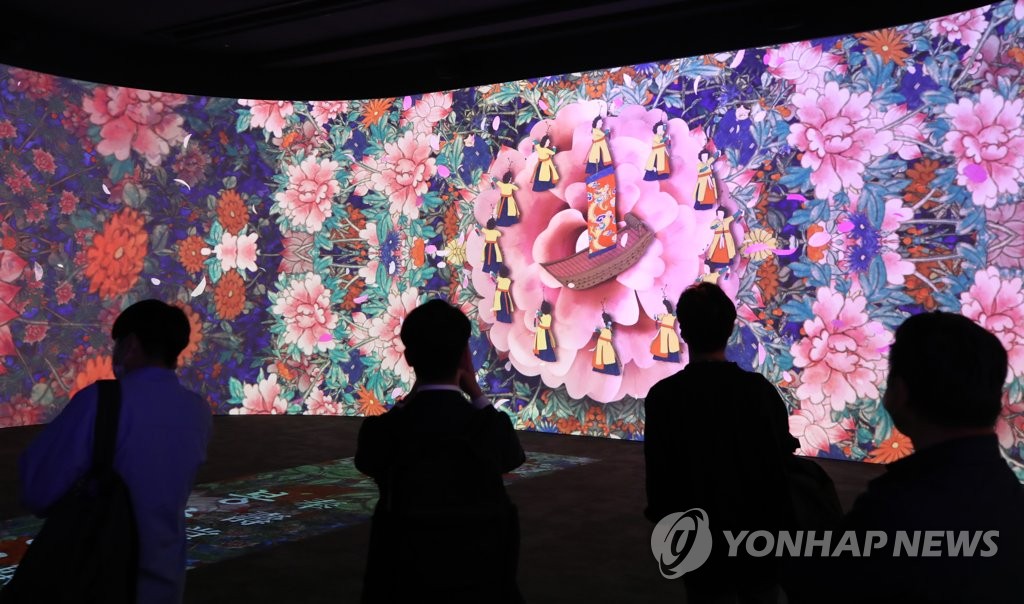 Also part of the new installations is a media facade projection over the 13.5-meter tall Gyeongcheon Temple pagoda in NMK's main hall.

Videos themed on Buddhist history, such as the inscriptions engraved in the pagoda, are superimposed over the pagoda, offering a new, visually-striking twist in admiring the historic relic. The facade shows are put on display at the evening hours on Wednesdays and Saturdays.

The new installations also opened at the Cheongju National Museum and will be available at national museums in Gwangju and Daegu. They were produced in partnership with the Korea Creative Content Agency.

"By the museum adopting new immersive technology, such as virtual and augmented reality technologies, we hope to offer the people new and unprecedented ways to experience our cultural heritage," Culture Minister Park Yang-woo said. 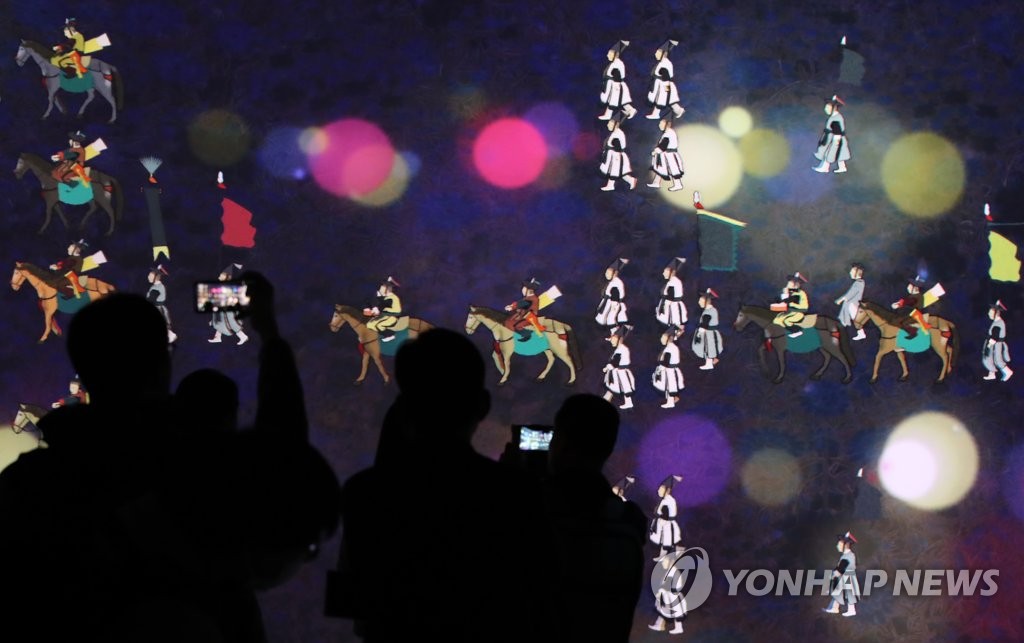