SEOUL, May 20 (Yonhap) -- A set of sanctions slapped on North Korea over its deadly sinking of a South Korean warship in 2010 has since been softened and no longer poses any obstacle to inter-Korean exchanges, the unification ministry said Wednesday.

Ministry spokesman Yoh Sang-key made the remark as South Korea marked the 10th anniversary of the sweeping sanctions that the South imposed on the North after the communist nation sank the South Korean warship Cheonan and killed 46 sailors.

"Previous governments have taken a flexible approach and allowed exceptions (in implementation of the sanctions)," Yoh Sang-key, the ministry's spokesperson, told a regular press briefing. "A large part of the sanctions has virtually lost its effect."

"Accordingly, our government does not see those May 24 Measures as a hindrance to our push for exchange and cooperation with the North," he added. "The government will continue to make efforts to expand space in inter-Korean relations and establish genuine peace on the Korean Peninsula." 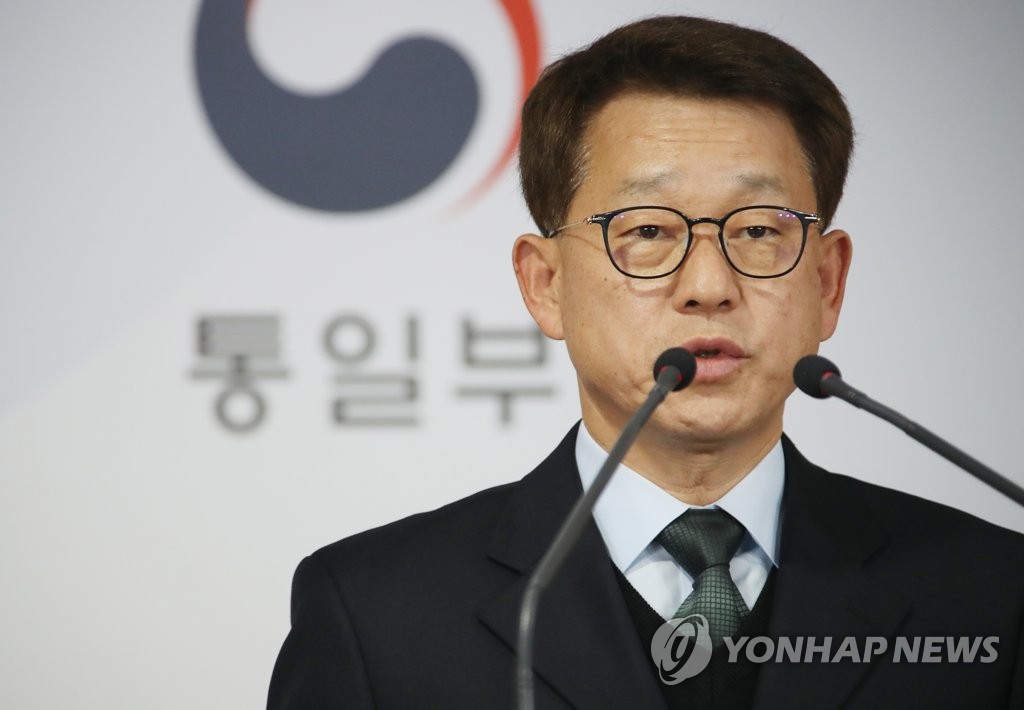 The sanctions, known as the May 24 Measures, were regarded as a hurdle for inter-Korean exchanges, though many of the restrictions were already in multiple global sanctions led by the United States.

The Moon Jae-in government has recently pushed to expand cross-border cooperation as part of efforts to advance inter-Korean ties amid a stalemate in denuclearization talks.

Unification Minister Kim Yeon-chul also earlier said that the government is mulling various "practical" ways to move forward the stalled inter-Korean relations by bolstering exchange and cooperation in areas not subject to sanctions.