SEOUL, May 20 (Yonhap) -- Sangju Sangmu midfielder Moon Seon-min isn't one to mess around or try to get cute: When he is on the field for his K League 1 club, Moon is all about scoring goals, or helping his teammates get on the board.

Following Sangju's 2-0 win over Gangwon FC on the weekend, Moon said Wednesday that offense will remain the modus operandi for the military club this year. 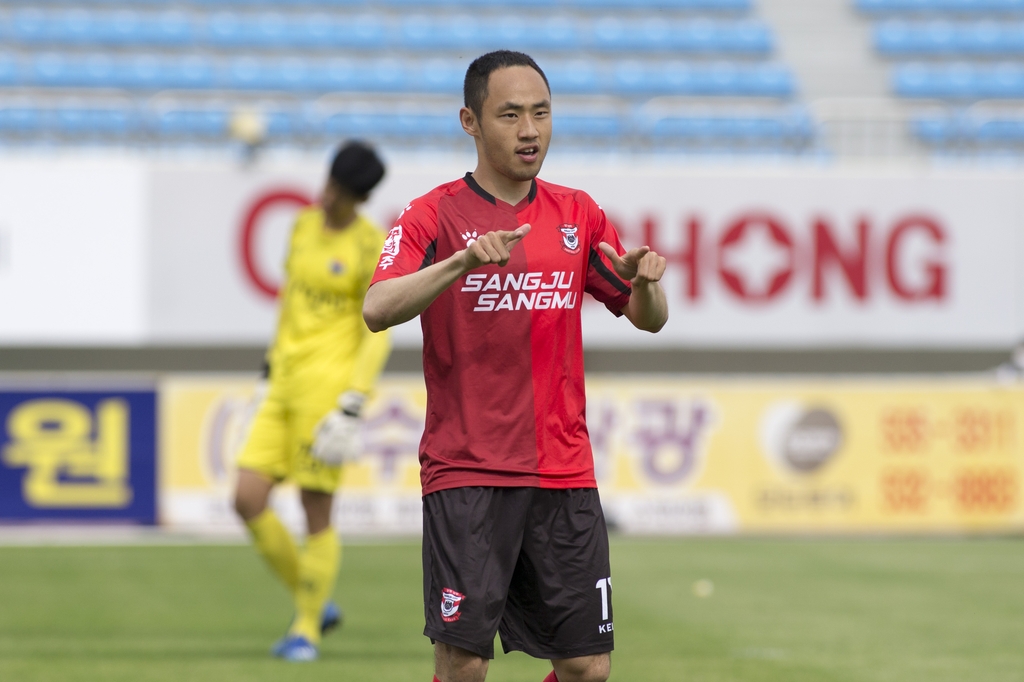 "We didn't have proper preparation before the season, but against Gangwon FC, we played to our strength," Moon said in a release put out by Sangju. "We'll keep trying to entertain our fans and play an aggressive brand of football."

Moon finished the runner-up to Ulsan Hyundai FC midfielder Kim Bo-kyung in the 2019 MVP voting. With 10 goals, Moon was the second-leading scorer for the league champions Jeonbuk Hyundai Motors. He then began his mandatory military service over the offseason by joining Sangju.

They were blanked 4-0 by Ulsan in the opening match on May 9, but bounced back against an equally offensive-minded Gangwon a week later.

Moon came off the bench in the second half and converted a one-on-one opportunity in the 75th minute, just three minutes after he entered the pitch.

"Our game plan was to focus first on defense and then do whatever we wanted in counterattack situations," Moon said. "I was fortunate to have my scoring chance so early, and I was confident I could score by hitting the bottom right corner. The goalkeeper dove in the same direction, but I struck the ball with conviction."

Sangju began their season shorthanded. Just prior to the opening week, three under-22 prospects, including Olympic team star Oh Se-hun, were injured in a car accident involving a team van on the way to a coronavirus testing site. Every K League player had to be tested before the season could kick off, and with those three players sidelined, Sangju have had 16 players available in their first two matches, two fewer than other clubs. Sangju can only make two substitutions per match, whereas all other clubs are able to make three substitutions.

Moon and the rest of the healthy Sangju players will have to carry the extra load for the time being. They'll try to make it two wins in a row against the winless Gwangju FC on Saturday.

"I know Gwangju will come prepared because they've lost their first two matches," Moon said. "But we'll be ready for them, too." 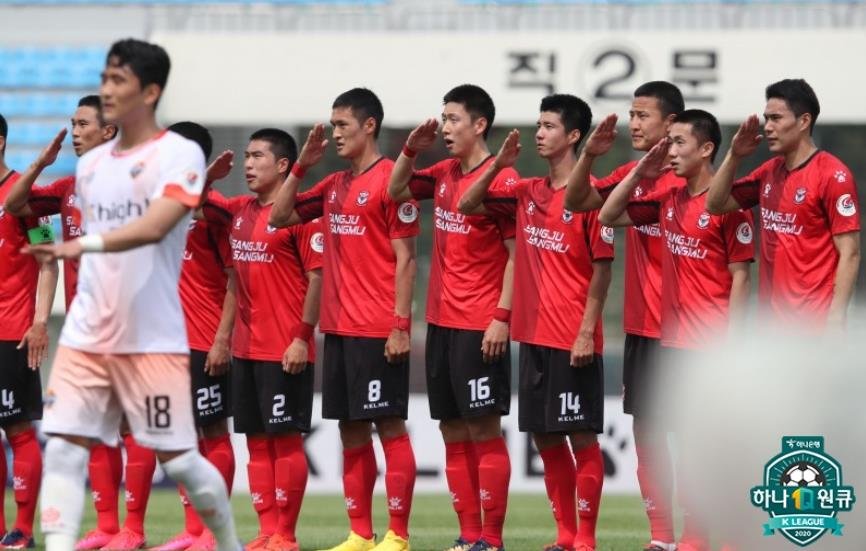