SEOUL, May 20 (Yonhap) -- South Korean construction equipment makers, led by Doosan Infracore Co., are set to bask in increased sales in China as the world's No. 2 economy is ramping up efforts to rebound from the coronavirus outbreak, industry data showed Wednesday.

Doosan Infracore, South Korea's No. 1 construction equipment maker, sold 3,239 excavators in April, up 2.8 percent from a month earlier, taking up 7.5 percent of the world's largest excavator market, according to industry data provided by the China Construction Machinery Association.

A total of 43,371 excavators were sold in April in China, up 65 percent from a year earlier.

Market watchers said Korean construction equipment makers will see a steady rise in their sales, as China is moving to boost its economy.

"China's construction machinery market showed signs of a boom from March thanks to an economic recovery (from the fallout caused by the COVID-19 pandemic)," Kim Hong-kyun, an analyst at DB Financial Investment Co., said in a recent report. 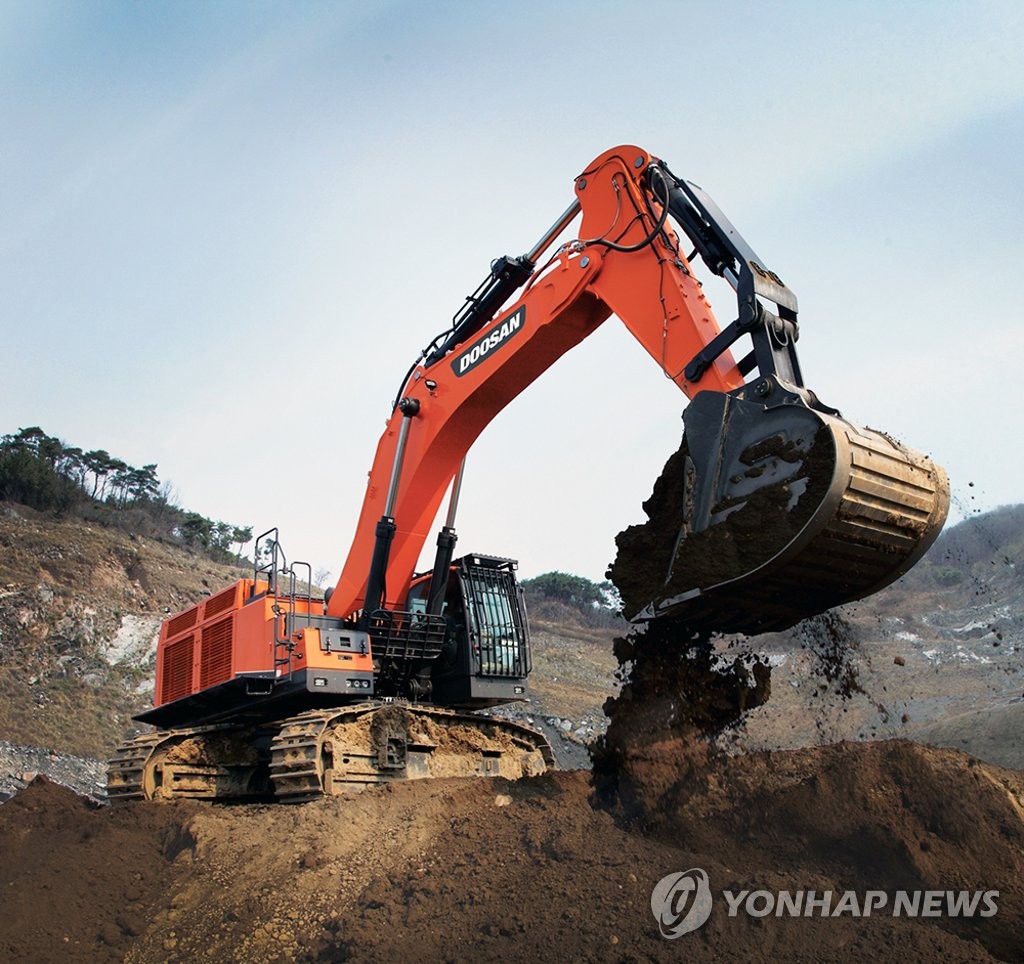 Beijing is expected to reveal additional stimulus measures for the virus-hit economy in its biggest annual political meetings, such as the annual plenary session of the National People's Congress, to be held starting May 21.

Reflecting a solid performance in China, Doosan Infracore has been on a roll on the Seoul bourse.

China's industrial output rose 3.9 percent on-year in April, the first monthly increase since January, when the coronavirus started spreading across the country.

South Korea's overall exports of excavators came to US$730 million in the January-March period, down 11.6 percent from a year earlier.