SEOUL, May 20 (Yonhap) -- South Korea aims to prop up demand for Korean traditional paper, or "hanji," to revitalize and preserve the industry and heritage, a senior official said Wednesday.

"Despite its outstanding characteristics, the hanji culture and industry is shrinking, with the number of hanji handcraft shops decreasing. It's unfortunate," Vice Culture Minister Oh Young-woo said at an event marking the opening of the Hanji Culture and Industry Center (HCIC) in central Seoul.

The center, co-founded by the culture ministry and the Korea Craft & Design Foundation (KCDF), was opened to promote the excellence of hanji and support the industry and market of Korean traditional paper.

"The central and local governments, together with industry experts, will work together to increase demand for hanji," Oh said. "I hope the center will serve a key role in the hanji industry's expansion. 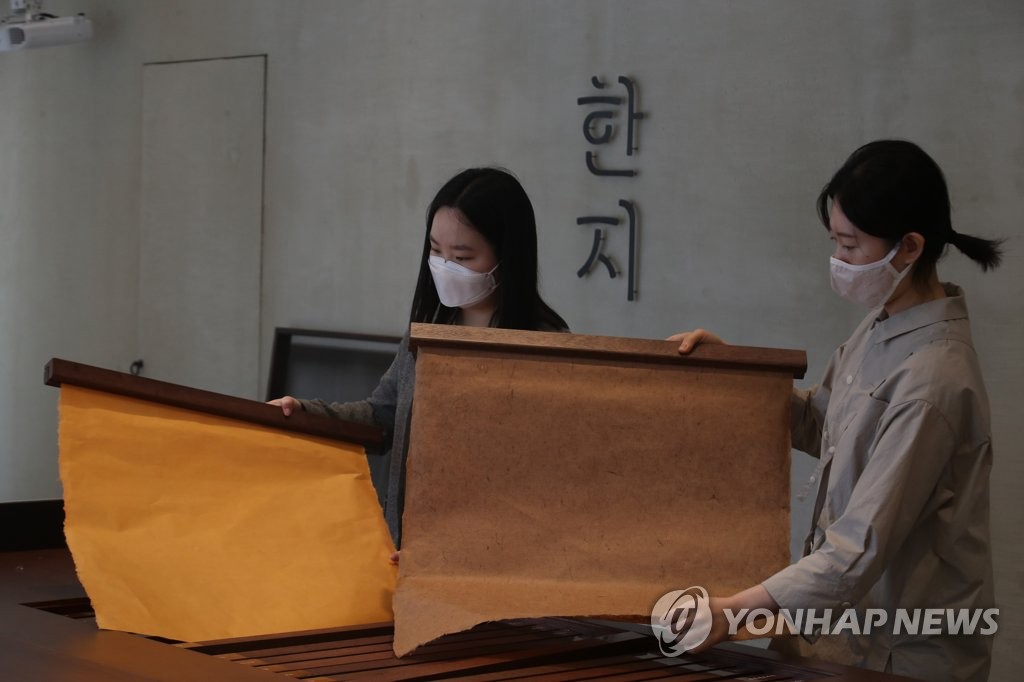 To meet the goal, the ministry and KCDF plan to increase the use of hanji in producing governmental documents and booklets, such as visitors' log books and award certificates, and to increase supplies to overseas diplomatic offices and Korean-language education institutes.

The HCIC was launched to provide support for and promote the hanji industry, including producers and retailers. The center has put on display some 400 different handcrafted local hanji products, with visitors allowed to feel and compare the distinct textures.

The center also plans to host regular workshops and seminars to allow a wide range of exchanges among those involved in the industry, such as producers, designers, handcraft artists, local governments and educational institutions.

Hanji, which means "the paper of Korea," is mostly made from the fibrous skin of mulberry trees. Thanks to its strength and durability, it is not only used for writing and printing but also in other areas, such as in the production of traditional Korean doors and windows.

In 2017, hanji was used by the Louvre Museum in Paris in restoring a handle ornament from an antique writing desk from 18th century Bavaria that belonged to King Maximilian II. 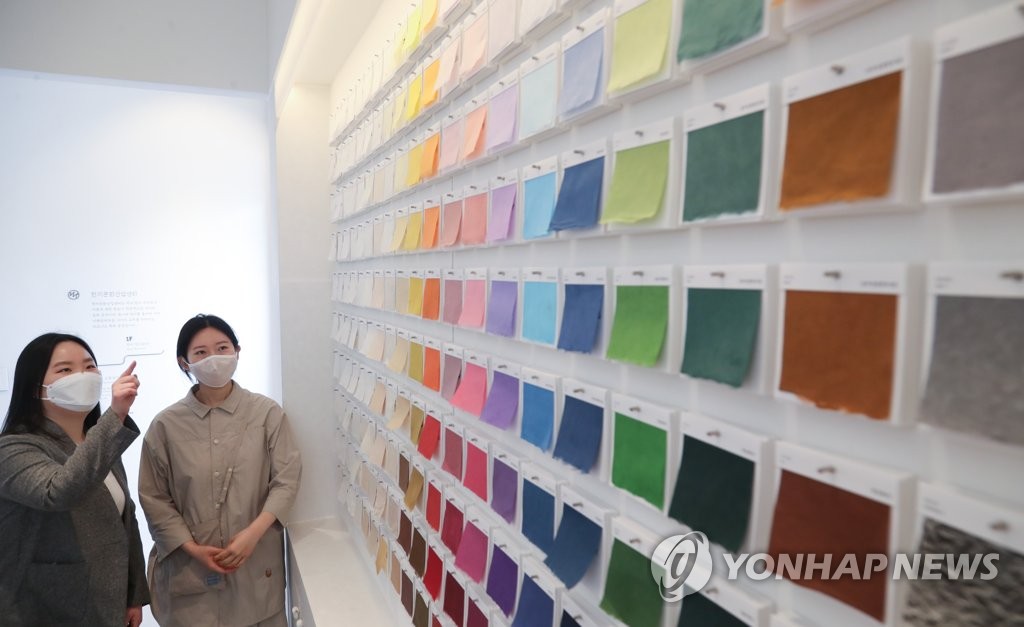