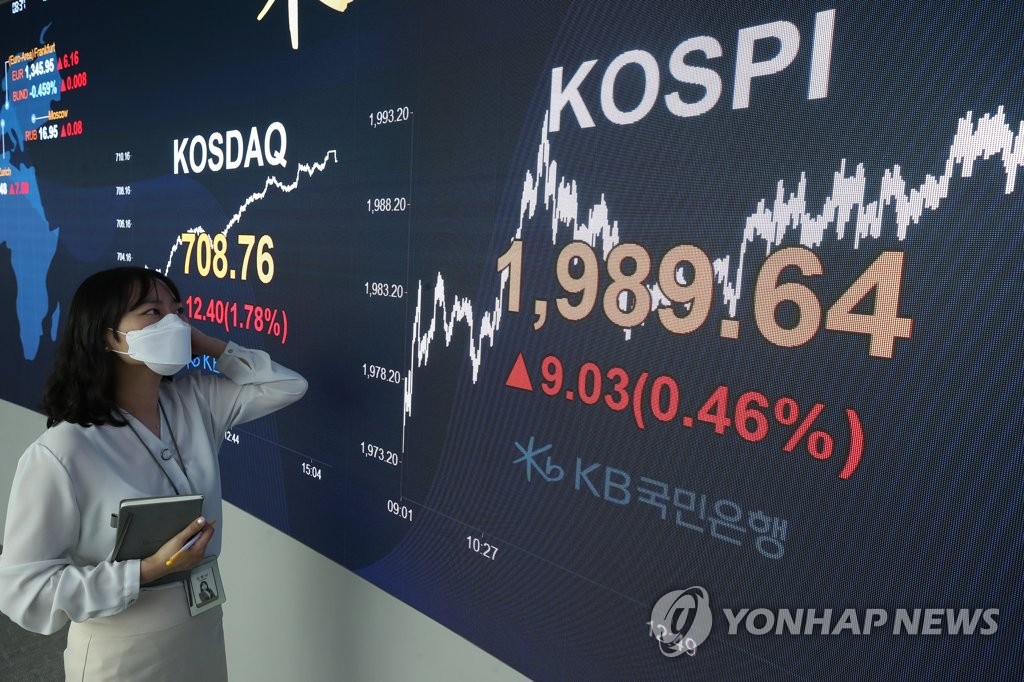 The hike came despite heavy overnight losses on Wall Street, sparked by renewed fears over the COVID-19 pandemic.

"The U.S. stock market returned some of the gains from the previous session despite pledges (to support the economy) from the U.S. Fed and head of the Treasury Department," NH Investment & Securities analyst Noh Dong-kil said.

"Reduced hopes for the development of a vaccine partly caused by the drop in U.S. stock prices, but the heightening of the U.S.-China dispute also had a negative impact on investor sentiments," Noh added.

Reports of positive results from an early stage testing of a candidate vaccine for the novel coronavirus sparked a global stock market rally earlier this week.

Experts, however, have since pointed out the lack of enough clinical evidence to prove the effectiveness of the candidate vaccine.

The local currency closed at 1,230.30 won per dollar, down 5 won from the previous session's close.

Bond prices, which move inversely to yields, closed higher. The yield on three-year Treasurys shed 0.8 basis point to 0.868 percent, while the return on the benchmark five-year government bond slipped 2.1 basis points to 1.111 percent.