President Moon Jae-in announced a bold push for the Korean version of the New Deal meant to help overcome the coronavirus crisis and develop new growth engines, addressing the nation on the third anniversary of his inauguration on May 10.

He focused on the so-called Digital New Deal. But there have since been calls from the international community and civic groups here to include programs to tackle climate change as well, according to Cheong Wa Dae spokesman Kang Min-seok.

After reviewing the masterplan, Moon made the decision to seek the Green New Deal together with the Digital New Deal, Kang said at a press briefing. 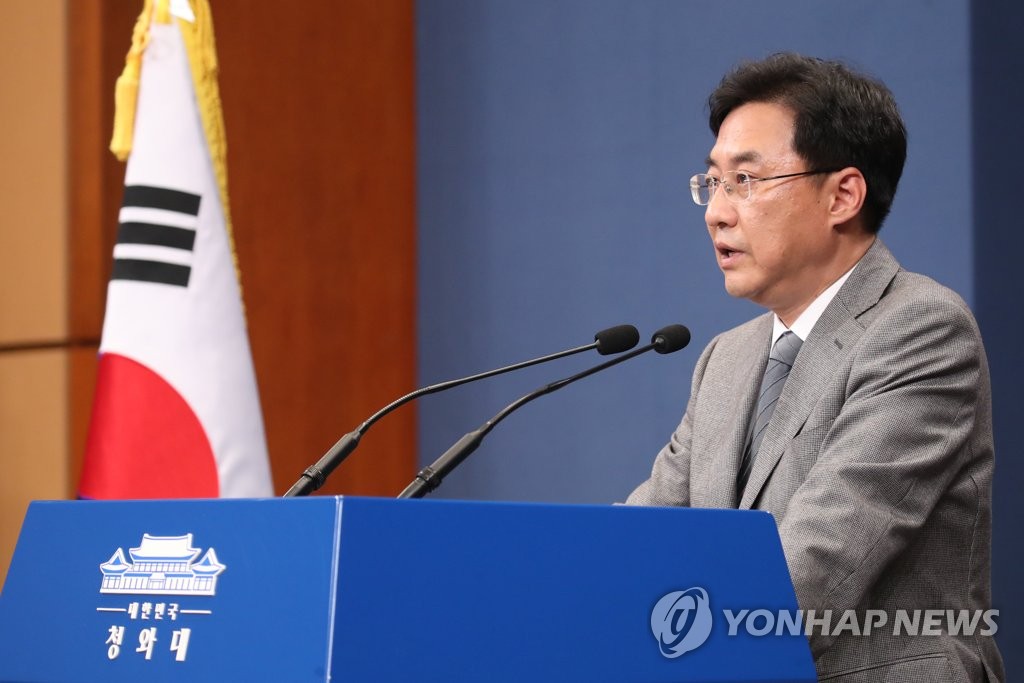 The Green New Deal refers to a program to counter climate change through various efforts, including greenhouse gas emission cuts and job creation.

He pointed out that a comprehensive green project led by the South Korean government is not new. The Lee Myung-bak administration had its signature policy on promoting green growth.

The Moon administration has no intention to upend that policy, though, he said, adding it's trying to "upgrade" it to meet the needs of the current era.

Asked about differences, he said Lee's green growth project emphasized economic growth, while the Green New Deal has more weight on "sustainability," which reflects an intention to play a leading role in resolving climate change.