SEOUL, May 20 (Yonhap) -- Wrapping up the final full floor meeting of its 20th term Wednesday, the National Assembly approved 141 bills and resolutions, including one on reopening controversial criminal cases from South Korea's tumultuous past.

The passage of the bill on "settling past affairs for truth and reconciliation" will allow the government to reinstate a former investigation mission, the Truth and Reconciliation Commission, to reopen controversial criminal cases from the time South Korea was under Japanese colonial rule (1910-45) up until the country's authoritarian regimes as late as the 1980s.

The new bill allowed a reinvestigation into a number of highly contentious cases, including a major human rights violation case in the 1980s involving a homeless shelter in Busan where many disabled people, orphans and other citizens were inflicted with illegal confinement, forced labor, beatings and sometimes secret burials.

Contentious cases that could be subject to reinvestigation under the new law also include a government-led massacre of innocent civilians during the 1950-53 Korean War.

Other bills approved during the main parliamentary session Wednesday also include those on the fight against COVID-19 and the prevention of online sexual violence and exploitation.

They mark the final bills approved by the 20th National Assembly whose four-year term practically ended with its last plenary session Wednesday.

The passed bills notably include the impeachment motion on former President Park Geun-hye in 2016, whose final ouster and the following election of President Moon Jae-in the next year turned the then main opposition Democratic Party into the majority ruling party at the chamber. 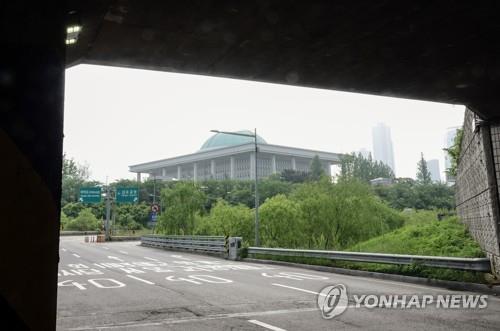