SEOUL, May 20 (Yonhap) -- Yoon Mee-hyang, a lawmaker-elect at the center of a mounting scandal surrounding her alleged mismanagement of an advocate group for wartime sexual slavery victims, kneeled down before the elderly victim who raised the allegations and asked for forgiveness, according to sources close to the victim and media reports on Wednesday.

The brief meeting with Lee Yong-soo, which took place near Lee's residence in Daegu a day earlier, was the first time Yoon and Lee sat down one-on-one since Lee publicly accused the former activist of neglecting her job of fighting for victims' rights and misappropriating donated funds.

The allegations are snowballing as Yoon, who won a parliamentary seat in last month's general elections, now faces suspicions over not only the opaque management of the Korean Council for Justice and Remembrance for the Issues of Military Sexual Slavery by Japan -- the civic group she ran for the past three decades -- but also over her personal assets and finances.

During the meeting on Tuesday, the tearful Yoon reportedly begged for Lee's forgiveness, and they hugged each other, according to an aide to Lee and local newspaper reports.

A newspaper cited Yoon later as claiming that their embrace meant that Lee forgave her.

But following that news report, Lee became very upset at Yoon for making such comments, saying she never forgave her for anything and the hugging came only out of pity, another news outlet reported.

"She kneeled down and asked for forgiveness, but she had no clue what she was apologizing about," Lee told the news media. "I hugged her briefly only because she asked me to."

Lee told Yonhap News Agency by phone that "things will be done in accordance with the law" and that she will be holding another press conference in a few days.

The prosecution has begun a probe into the allegations and raided the head office of the civic group earlier in the day to collect evidence related to the suspicions. 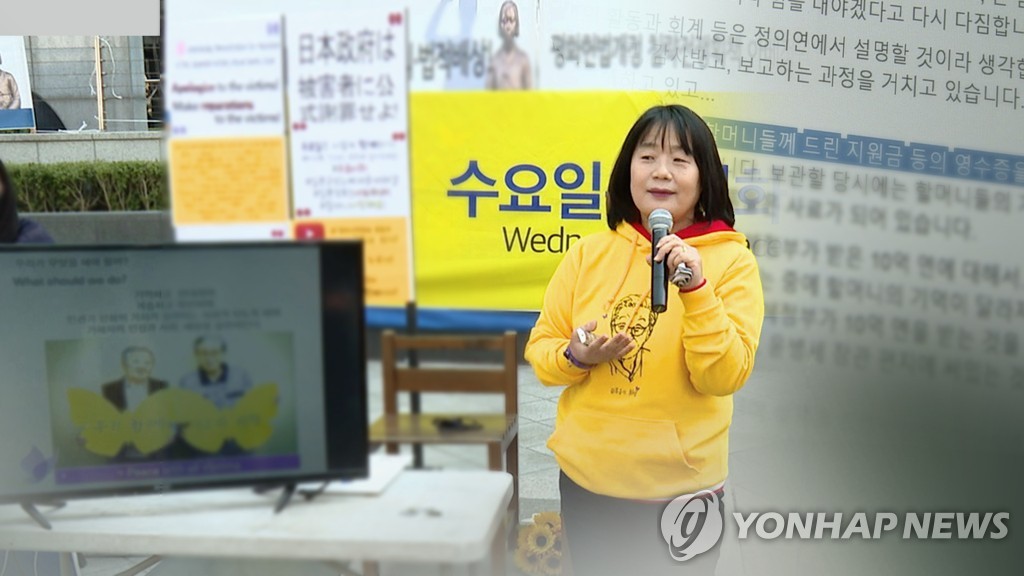