SEOUL, May 21 (Yonhap) -- South Korea's net overseas financial assets reached a new record high as of the end of March as foreign investment in South Korea fell at a faster rate than its overseas investment, central bank data showed Thursday.

The country's net international investment position came to US$565.4 billion as of end-March, up $64.5 billion from three months earlier, according to preliminary data from the Bank of Korea (BOK).

The rate of increase in net financial assets sharply accelerated from a $4.8 billion on-quarter gain seen in the last three months of 2019.

Such a rise, however, was largely attributed to foreign investment here falling at a faster rate than the country's overseas investment.

The outstanding amount of foreign investment in South Korea plunged $91.5 billion to $1,107.3 billion, according to the BOK.

Foreign investors were apparently spooked by the spread of the new coronavirus, which peaked here at around 900 new cases per day in late February.

Earlier reports said foreigners had dumped a net 14.7 trillion won ($12 billion) worth of Korean stocks in one of their longest-selling streaks that lasted for 30 consecutive sessions between March 5 and April 16.

They, however, turned net buyers in April, purchasing a net $1.5 billion worth of Korean stocks.

The number of new COVID-19 infection cases began to slow to around 10 or fewer per day in April before the country saw a slight surge in the number of new cases this month due to a cluster infection linked to nightspots in Seoul's Itaewon district. 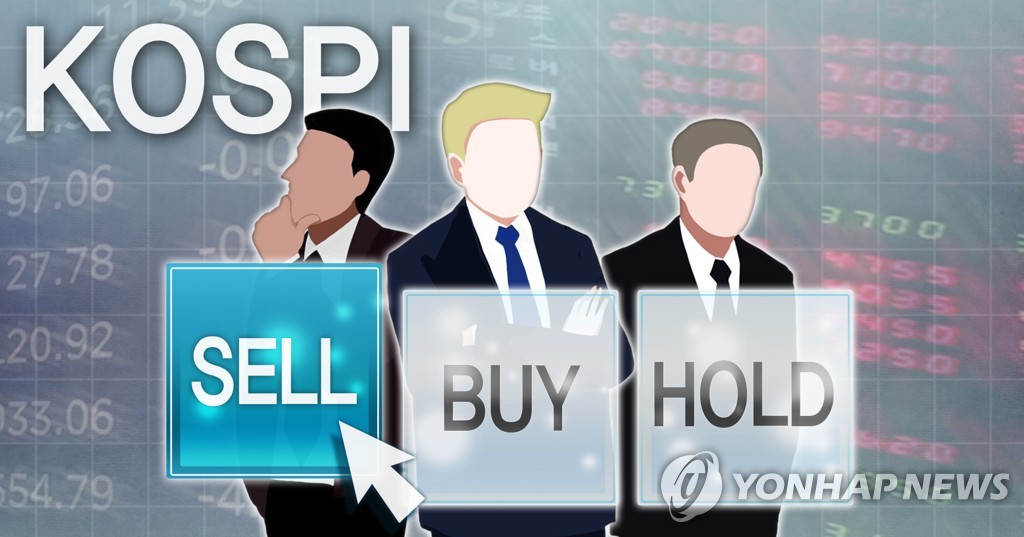 Overall foreign investment in South Korean securities dipped $120.5 billion in the January-March period, according to the BOK.

South Korea's investment in foreign securities, on the other hand, slipped $41.5 billion over the same period.

Its net external assets in debt instruments stood at $464.2 billion as of end-March, down $16.4 billion from three months earlier.

The ratio of its short-term external debt to reserve assets jumped to 37.1 percent, compared with 32.9 percent at end-2019.