SEOUL, May 21 (Yonhap) -- LG Electronics Inc. on Thursday introduced a new budget smartphone as the South Korean tech firm seeks to overcome a long slump in its mobile business.

The Q61 comes with a quad rear camera setup. It houses a 48-megapixel main camera, an 8-megapixel ultrawide lens, a 5-megapixel depth sensor and a 2-megapixel macro lens. On the front, it sports a 16-megapixel selfie camera.

The LTE mobile device features a 6.5-inch display and packs a 4,000-mAh battery. The Q61 has 64 gigabytes of internal storage, but it has a microSD card slot that supports up to 2 terabytes. 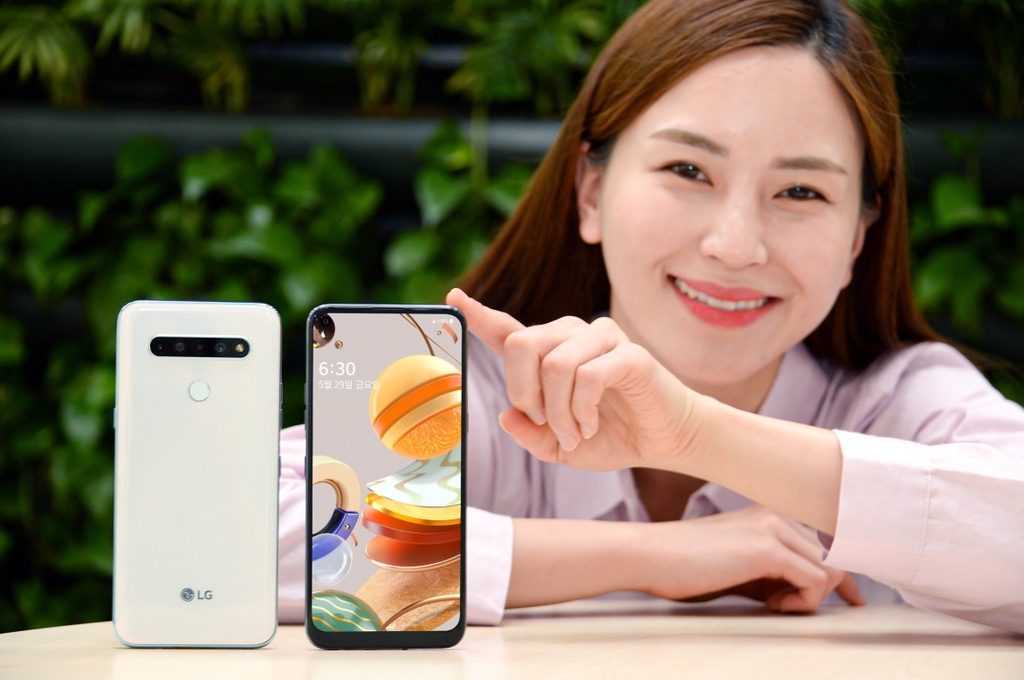 The Q61 comes after LG launched its mass-market premium smartphone, the Velvet, earlier this month.

The Velvet, featuring a waterdrop camera design, has been priced at 899,800 won here.

LG hopes its latest smartphone models can turn around its struggling mobile business.

In its first-quarter earnings report, LG said its mobile communications unit racked up only 998.6 billion won in sales in the January-March period, down 33.9 percent from a year earlier, while its operating loss widened from 203.5 billion won to 237.8 billion won over the cited period, extending its losses to 20 consecutive quarters.

The Q61 is likely to go head-to-head against the Galaxy A31 from Samsung Electronics Co. in the domestic market. The price of the Galaxy A31 has been set at 374,000 won here.