SEOUL, May 21 (Yonhap) -- President Moon Jae-in stressed the need Thursday to safeguard jobs and the industrial ecosystem amid the COVID-19 crisis, speaking at a meeting with business leaders here.

He pointed out that South Korea has turned crises into opportunities.
"Both industries and jobs are in crisis situations but we have opened a new future, overcoming such a crisis," he said at the beginning of the session held at the Korea International Trade Association in southern Seoul.

During the financial meltdown in the late 1990s, the government fostered the information technology industry; it promoted the green growth sector in response to the 2008 global financial crisis, he noted. 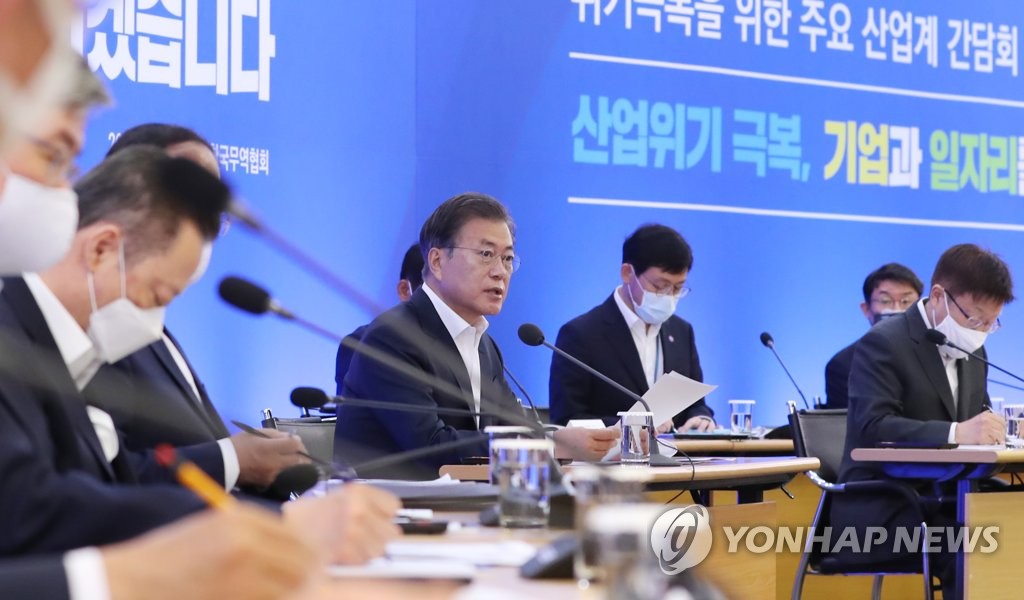 Participants included the CEOs of 17 major firms in such industries as aviation, shipbuilding, automobile, machinery and communication, as well as representatives from business lobby groups.

Cheong Wa Dae said the main purpose of Moon's meeting with the business figures was for him to listen to their opinions on the economic conditions and how to ride out difficulties. 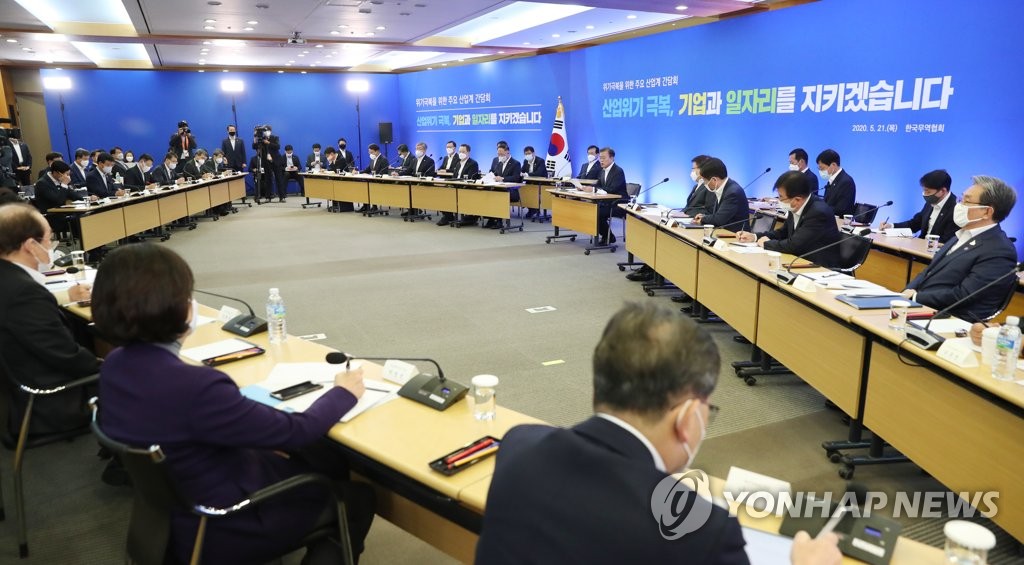