SEOUL, May 21 (Yonhap) -- You would be hard-pressed to find a bigger male solo K-pop star than Jung Ji-hoon, aka Rain, from the better part of the 2000s.

Rain was then lauded by the South Korean media as the country's one and only "world star," coming up with hits such as the album "It's Raining," which sold over 1 million copies in Asia, and "Ways to Avoid the Sun." He even starred in two Hollywood films.

But his career can since be described as lackluster at best, especially following his sixth studio album, "Rain Effect," in 2014.

While social media and YouTube have provided platforms for younger stars to make unprecedented leaps and bounds, Rain's post-military career appeared to slowly flounder, as seen in the disastrous performance of the 2017 single "Gang" and the 2019 film "Race to Freedom: Um Bok Dong."

In mid-May 2020, Rain was back in the spotlight but perhaps for all the wrong reasons. The "Gang" (meaning temerity or audacity in Korean) music video on YouTube has gone viral online for its overly bombastic production, cringe-inducing choreography and mannerisms, and self-absorbed lyrics.

Behind the sensation is an online movement called "1 Gang a day," known widely to have started with a parody dance video by a high-schooler in late 2019. The popularity of that video ended up leading to a sudden surge in interest in the source material that had mostly been forgotten by the public.

Many parody videos have been produced and uploaded, while the view count for the original "Gang" video is soon expected to surpass the 10-million mark. Leaving snarky and witty critique in the comment section has become a sport in and of itself.

"This song is in essence a vaccination for K-pop. Nearly every other song becomes enjoyable and listeners become more tolerant after listening to this one," one viewer commented.

Another commenter wrote, "The title itself is too corny. Whoever uses the word 'gang' nowadays. It's like returning to 2006." 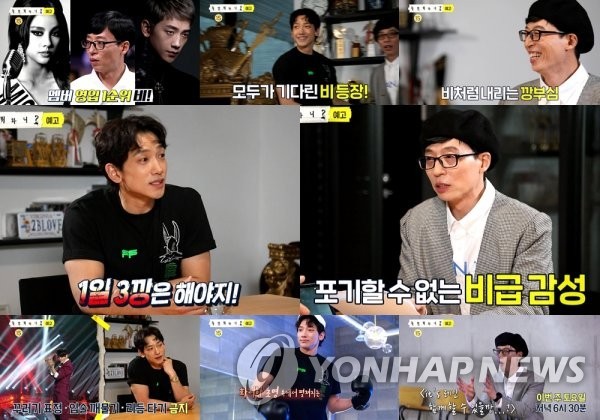 The phenomenon -- consuming, leaving comments, producing parodies -- has blown up further after Rain's appearance on MBC TV's prime time variety show "Hang Out with Yoo" over the past weekend.

On the show, Rain was apparently a good enough sport in facing his strange newfound fame with full-on grace and wholesome self deprecation, only to invite more "Gang" views and invoke more parody videos. "One ought to do '3 Gangs a day,'" he insisted on the show.

"In the past, dance music artist had to have that in-your-face attitude, smashing things onstage. We had to shoot lasers from our eyes," Rain said, sharing the music industry standards of his heyday on the TV show that aired Saturday.

Rain then noted, "Staring at the camera and being overly competent in dance skills is so out-of-date nowadays."

Yoo Jae-suk, host of the program, asked, "How did you end up with this 'Gang' video while being a such a savvy artist?" Rain, smirking, replied, "I came to that realization after 'Gang.'"

Rain's unexpected outing in the media spotlight is to last for the time being. He has recently joined "I-Land," an upcoming idol reality TV show on Mnet, as a producer. The show is a project by Belif Lab, a joint venture between the cable music network and Big Hit Entertainment, management agency and label of K-pop sensation BTS.

The strange-yet-fascinating love-hate attention surrounding Rain is comparable to that of Yang Joon-il, the '90s Korean-American pop singer who made a life-changing career comeback earlier this year after his old '90s performance videos on YouTube became viral sensations.

The resurgences of the two stars were not products of public relations. They were both organic in roots, largely dictated by the online activities of the hardest of the hardcore fans, or in Rain's case, endearing detractors. 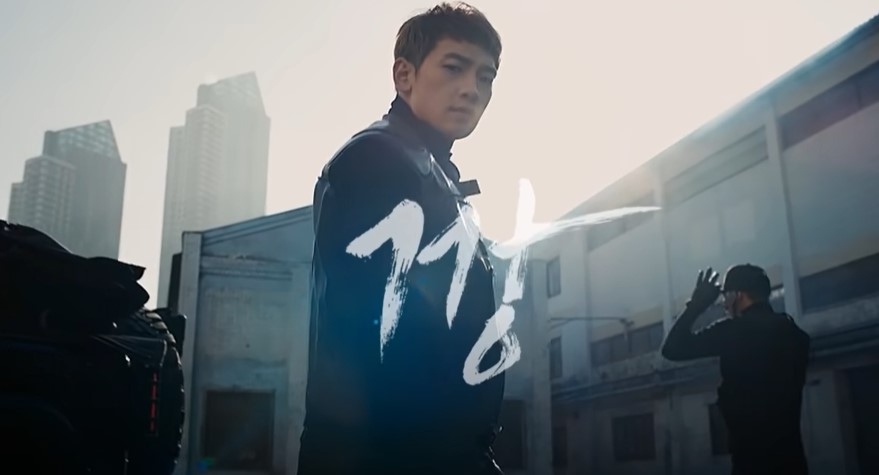 Yang, who had retired from show business early on and lived in the United States, returned to South Korea to capitalize on his newfound fame, holding a concert earlier this year and appearing on TV commercials. How Rain will wrap his head around this new spike in interest is yet to be determined.

"We live in an era where the public can now produce and dictate content," said cultural critic Chung Deok-hyun. "The public now largely dictates the consumption of content."

Ha Jae-keun, another cultural commentator, underscored the increasing sway the public has on reforming the landscape of the mass entertainment market.

"Most of the public by and large have passively consumed content provided by TV stations. But thanks to the advent of the internet, consumers are exerting increasing influence through two-way interactions," Ha said.