SEOUL, May 21 (Yonhap) -- Just because sanctions imposed on North Korea following its deadly sinking of a South Korean naval ship in 2010 have mostly lost their effect does not mean that Seoul is considering the possibility of lifting them, Unification Minister Kim Yeon-chul said Thursday.

On Wednesday, Yoh Sang-key, the ministry's spokesperson, told reporters that much of the sanctions have mostly lost their intended effect and pose no obstacle in expanding "room" in inter-Korean relations, as previous governments have made various "exceptions" in implementation.

He made the remarks as South Korea marked the 10th anniversary of the sweeping sanctions imposed on the North after the communist nation sank the South Korean warship Cheonan and killed 46 sailors, spawning speculation that Seoul might be considering their lifting.

"How could they be linked to each other," Kim told reporters in response to a question on whether the government is considering the lifting of the sanctions, apparently referring to relevant speculation. He, however, did not elaborate further.

Earlier, a unification ministry official declined to comment when asked about the possible lifting of the sanctions, reiterating the government's stance.

The sanctions, known as the May 24 Measures, virtually ban all inter-Korean exchanges and have been regarded as an extra hurdle in seeking cross-border cooperation. Many still see the sanctions as symbolic, as most of the restrictions were already included in multiple global sanctions led by the United States.

The controversy over South Korea's standalone sanctions comes as the Moon Jae-in government has pushed to expand cross-border cooperation as part of efforts to advance inter-Korean ties amid a stalemate in denuclearization talks.

Earlier this month, Minister Kim said the government is mulling "practical" ways to bolster exchange and cooperation with the North in areas not subject to sanctions. 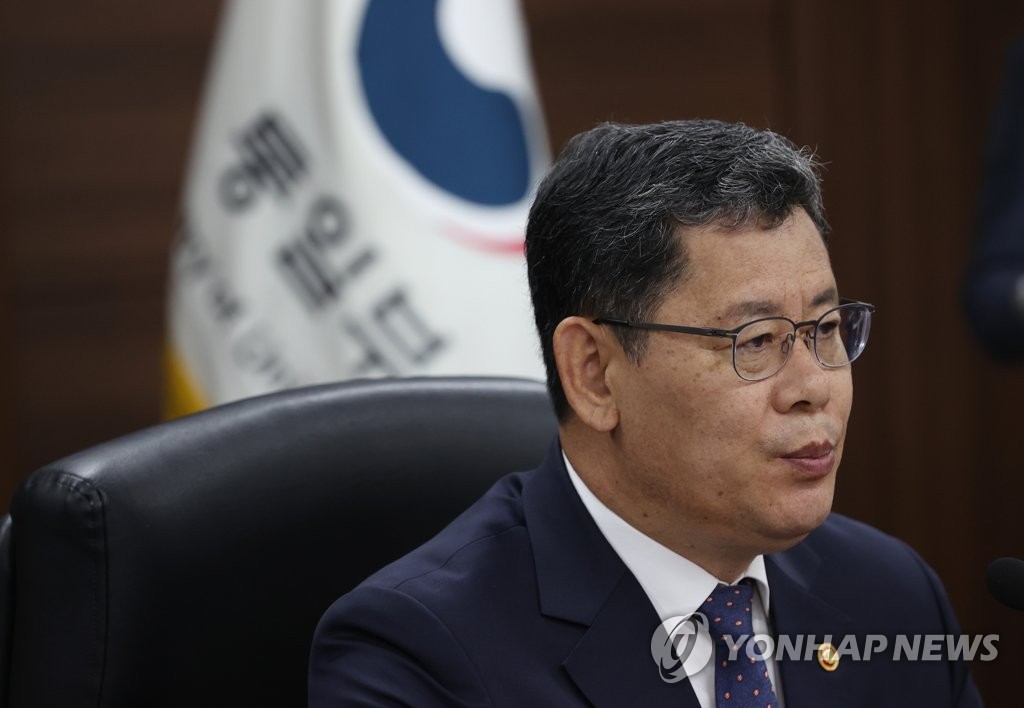