Measures to help banks inject more dollars into local markets, including an eased rule on the foreign exchange liquidity coverage ratio (LCR), will be put into place for the time being, Kim said during a meeting with senior officials from the Bank of Korea (BOK) and financial regulators.

In a bid to supply more dollars to local markets, the government eased the LCR rule in March. The LCR ratio for banks was relaxed to 70 percent from 80 percent. 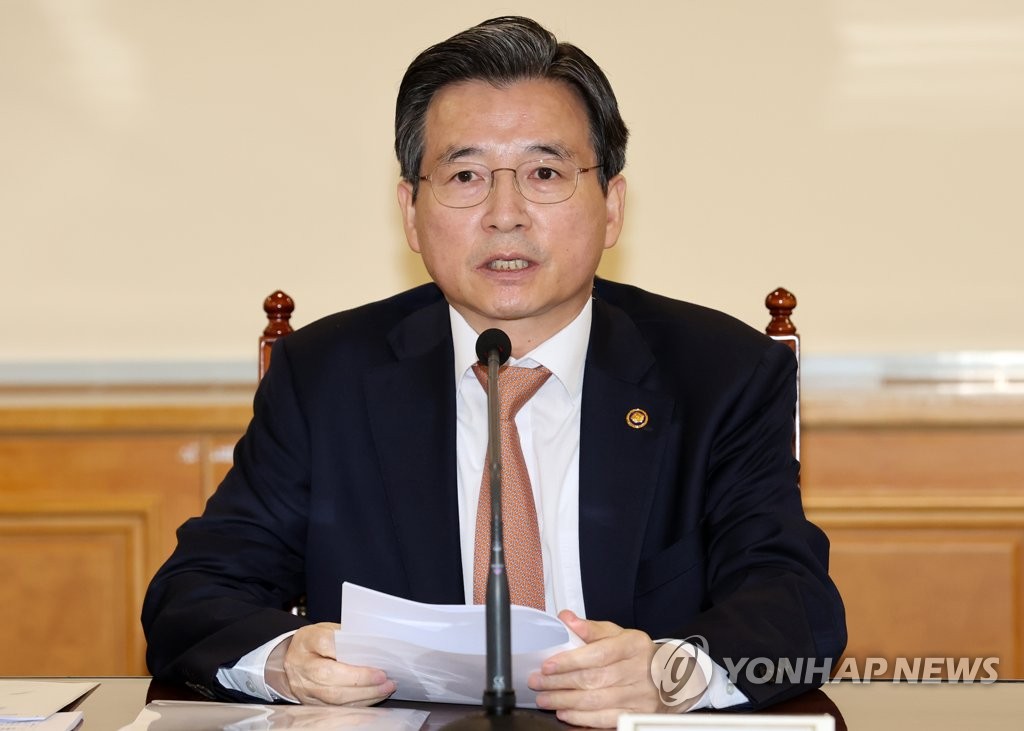 The BOK also signed a new dollar swap deal worth US$60 billion with the U.S. Federal Reserve in March.

Helped by the swap deal and other stabilization measures, dollar liquidity in local financial markets has "significantly improved," Kim said.

The ratio of its short-term external debt to reserve assets jumped to 37.1 percent, compared with 32.9 percent at end-2019.

Kim said a rise in short-term external debt was necessary as the government sought to prevent foreign exchange market panic from spreading to other financial markets.