SEOUL, May 21 (Yonhap) -- South Korean stocks closed higher Thursday to extend their winning streak to a fifth session, the longest period of this year, on growing hope over the resumption of global business activities. The local currency fell against the U.S. dollar.

The index also touched the psychologically significant 2,000-point threshold for the first time in more than two months.

Seoul shares got off to a strong start as major economies eased virus-related restrictions. 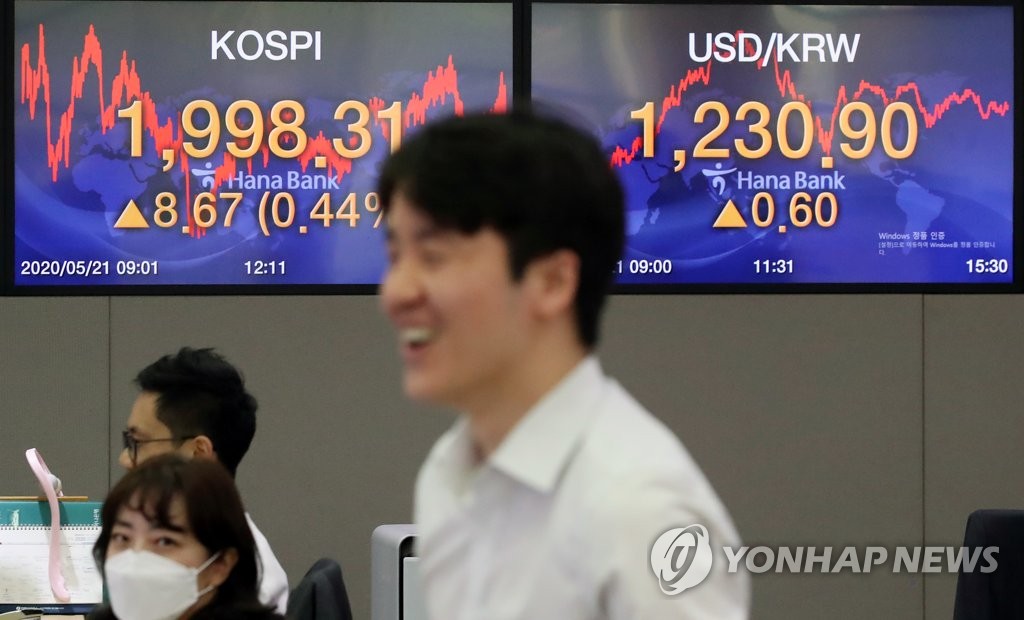 The buying rally was also attributable to investors' hope over a new vaccine for COVID-19, though no clear timeline has been provided yet.

"U.S. tech firms led the overall market gain as they are actively penetrating deeper into the online segment, bracing for the post-pandemic era. This has also given a positive impact on the local market," said Seo Sang-young, a researcher at Kiwoom Securities Co.

Bond prices, which move inversely to yields, closed higher. The yield on three-year Treasurys shed 1.2 basis points to 0.856 percent, and the return on the benchmark five-year government bond slipped 1.4 basis points to 1.097 percent.